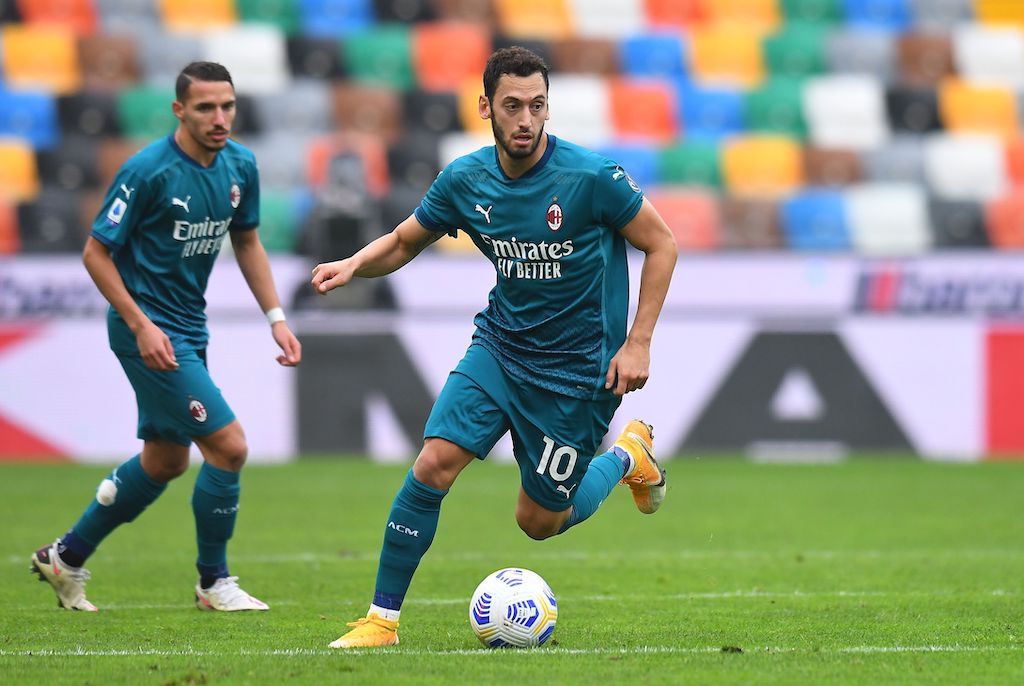 CM: Calhanoglu’s message to his team-mates and the truth regarding Man Utd, Arsenal interest

As Calciomercato.com notes, the stalemate related to the renewal of the Turkey international – whose current contract expires in June 2021 – is causing some restlessness among supporters.

Calhanoglu now feels valued and important, at Milan factors that do make a difference especially when it comes to the idea of committing his future to a club he knows well.

The outlet adds how in recent days the midfielder has reassured his team-mates and managers that he will continue his adventure with the Rossoneri. If on the one hand Milan remain a priority, on the other the contractual aspect is important.

Calhanoglu expects a raise from his current €2.5million net salary, but significantly he is ‘open to constructive dialogue’ considering the difficult moment that the whole world of football is going through due to the pandemic.

Calhanoglu has attracted the attention of many such as Juventus, Inter, Leicester and Arsenal. There has been much talk of an ongoing negotiation between his agent and Manchester United, but sources close to the player have denied the existence of any concrete talks.

There have been enquiries from various clubs, Calciomercato add, but the priority of the 26-year-old remains Milan. The international break starting November 15th will be crucial, as in that week his agent will arrive in Italy to meet with Frederic Massara and Paolo Maldini and reach a definitive agreement.