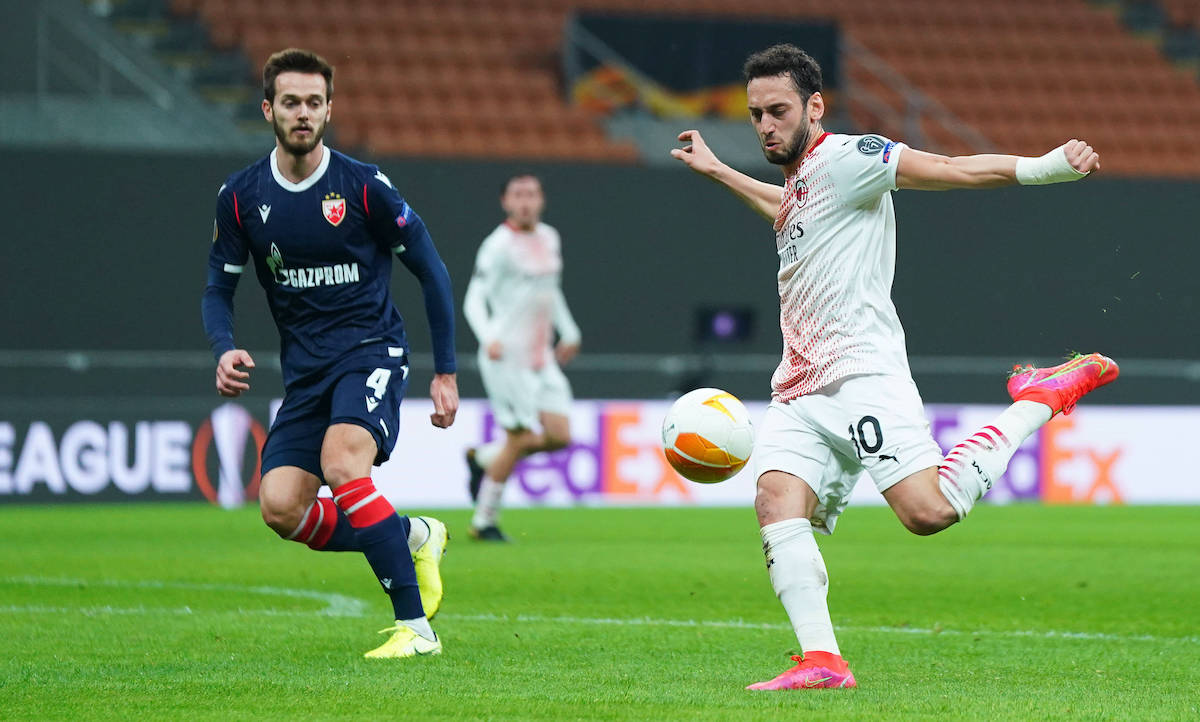 CM: Contract saga appears to cause turbulence for Calhanoglu – the latest on the situation

Despite the fact Hakan Calhanoglu’s name continues to dominate the headlines related to Milan, it is sadly not for his excellent performances on the pitch.

As Calciomercato.com writes, Milan have not scored from open play for four games now and are experiencing a very complicated period, not helped by last night’s poor performance against Red Star in which they only reached the last 16 of the Europa League on away goals.

The only players that could come out of that game with their heads held high were Donnarumma, Kessie and Tomori. Players like Rebic, Leao and Saelemaekers – difference makers in the final third – are struggling from a lack of confidence. Calhanoglu can also be added to that list, but he has just returned from a fairly significant stop due to the Coronavirus.

The report adds that Calhanoglu’s average rating in the last three games is 4.5 out of 10. The Turkey international has not managed to score a goal or register an assist in that stretch, but perhaps more worryingly he is making errors reading the game that frustrated fans before last season.

The tough negotiation for the renewal of his contract is probably bringing down all that calmness and conviction. A new meeting between the player’s agent and Milan will be staged as early as next week with the hope of reaching a definitive agreement, and Stefano Pioli crosses his fingers because he wants to see the best Calhanoglu back again soon.

READ MORE: Milan keen on Haaland but priced out of deal