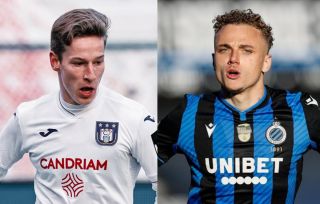 CM: Details on the meeting between Milan and entourage of forward duo emerge

Some more details have emerged regarding the meeting held over two talented young forwards from the Belgian Pro League.

Calciomercato.com writes that Paolo Maldini and Ricky Massara are using the international break to intensify talks with certain agents over future transfer targets and this afternoon a meeting was held with Michael Jansen of Team Wass and the intermediaries of Noa Lang and Yari Verschaeren at Casa Milan.

The duo are players that Milan have a strong and concrete interest in, with the former being a winger predominantly who is 22 years old and has 7 goal contributions in 10 games, while the latter is a 20-year-old attacking midfielder who has 4 goals contributions in 9 league appearances.

It was more of an exploratory meeting for now but one that served to make Milan’s interest in the two young profiles know. Lang is a player that the Rossoneri consider to be a ready and useful player for the attack right now, while Verschaeren has been followed for some time and could arrive as a back-up to Brahim Diaz initially.