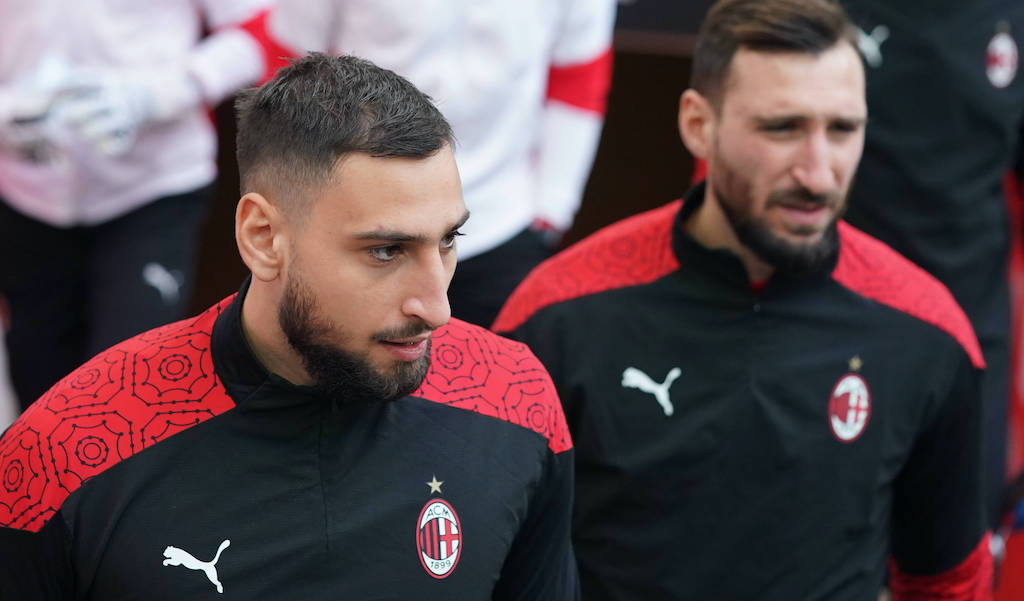 Gianluigi Donnarumma and his agent Mino Raiola are moving towards an agreement with AC Milan over a new contract, a report claims.

Donnarumma came out before Sunday’s game against Fiorentina and declared his desire to stay at Milan for a long time, and Calciomercato.com reports that all the components are now ‘rowing on the same side’ with the intention of reaching an agreement.

Raiola as we know by now is a serious agent and always tries to do the best for his client from an economic sense but also with regards to clauses and other components that are so important in contract nowadays.

However, he will have to soften his stance somewhat in order to facilitate the new agreement, with the two main issues at the moment being the salary Donnarumma will earn and if a release clause will be inserted.

Next week could be decisive in the negotiations with Massara and Maldini, and new contacts are expected.