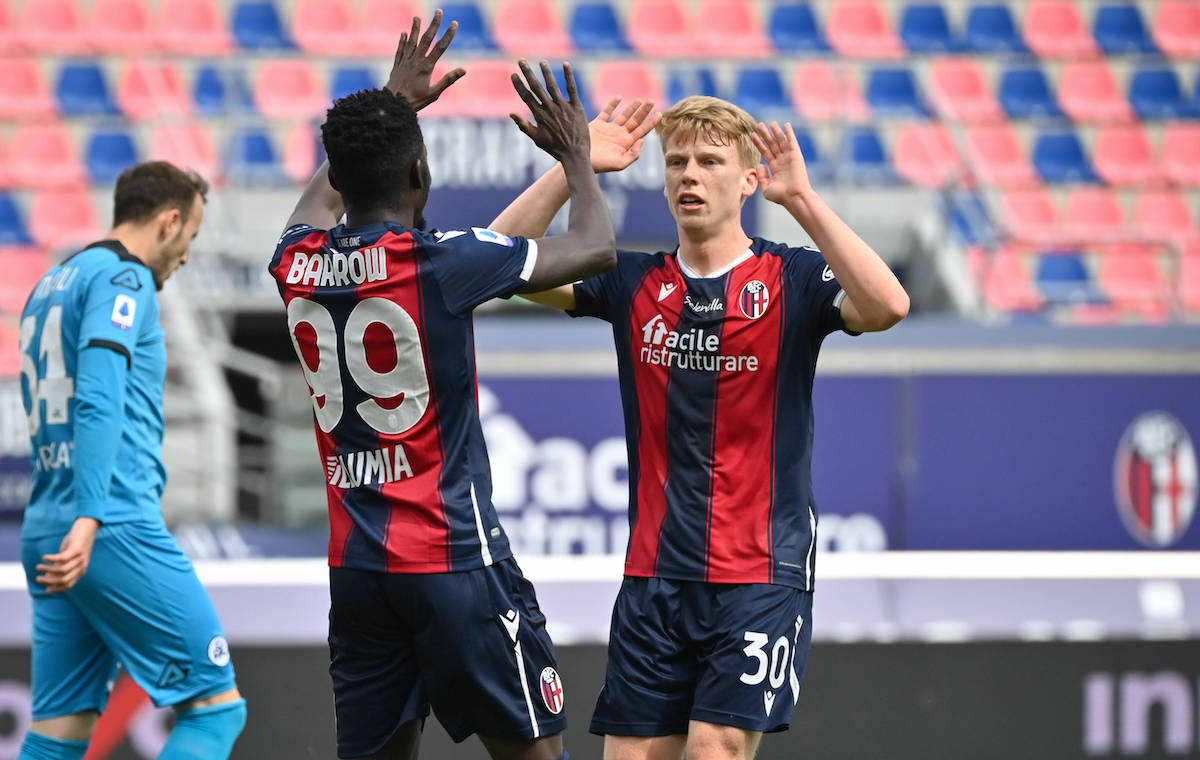 AC Milan consider Bologna midfielder Jerdy Schouten as the right man to complete the midfield but face competition from a rival, a report claims.

Calciomercato.com writes that Schouten is considered the right profile for the midfield by Milan because he is young, has potential and also possesses experience in Serie A. Rossoneri scouts have been following him for months and directors Paolo Maldini and Ricky Massara are convinced that he has the right characteristics for Stefano Pioli’s system.

The report adds that the 24-year-old Dutchman is currently the favourite to take the place of Soualiho Meite, who will not be bought permanently from Torino. Bologna boss Sinisa Mihajlovic asked his management to try to resist the temptation to sell Schouten in the summer because he is a fundamental player and one he believes can still grow a lot under his guidance.

Bologna would only sell for around €15m, but Milan face competition as Atalanta has also been working on signing the former Excelsior star for weeks and could offer a counterpart like Piccoli, Colley or Lammers to win the race, with the latter especially liked by Bologna.