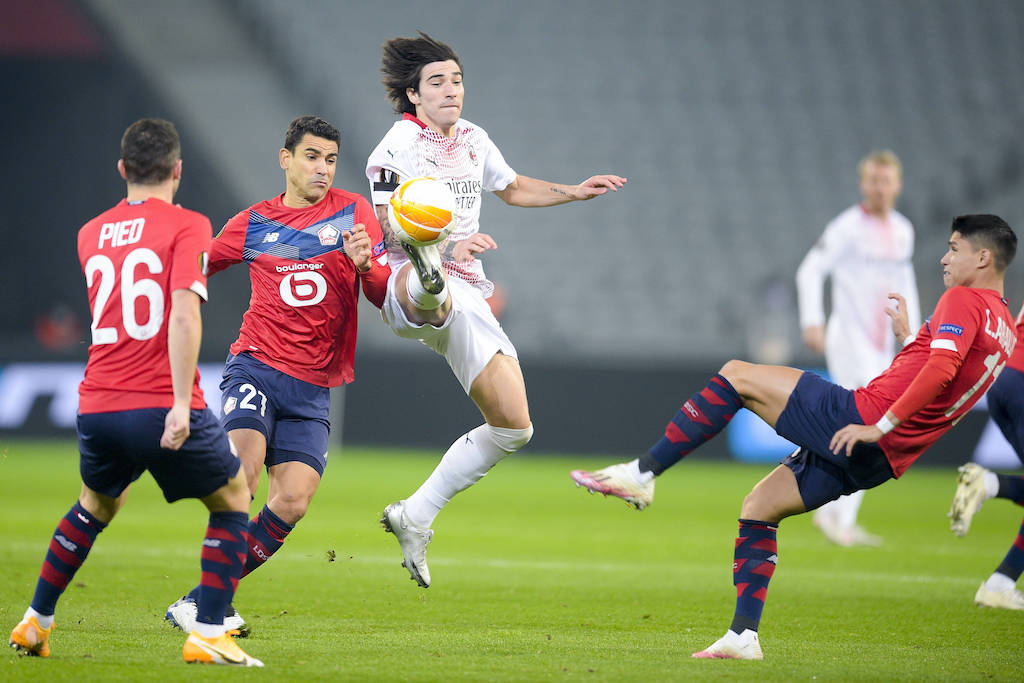 CM: Finally flashes of the real Tonali as Milan stand firm on the process

The hope, at the Milan HQ, is that Thursday’s performance against Lille will kickstart Sandro Tonali’s season. The pass to Ante Rebic was simply stunning, shedding some light on the ‘real Tonali’.

As highlighted by Calciomercato.com, the feeling is that the understanding between Tonali and his teammates is growing game after game. Despite playing a lot in the Europa League, though, the story hasn’t been the same in the league.

Of course, it’s not easy to find confidence and adapt to a new system without continuous playing time. But on a cold night in Lille, the first signs arrived from Tonali, who despite some mistakes showed that he can compete for a starting spot.

To tell the truth, the performance offered by Sandro Tonali, overall, was positive but not sparkling. In the first 45 minutes, he still seemed shy, more concerned not to make mistakes than to take responsibility in the build-up.

He has all the qualities to do well, though, as evidenced by the Rossoneri’s only goal in the game. The future isn’t in doubt, by any means, as the club has great confidence in the midfielder and the process ahead.

That being said, something more is needed to take the stage and become an irreplaceable pivot of this Milan. Time plays in Sandro’s favour, as a talent of his calibre must be adapted without haste.