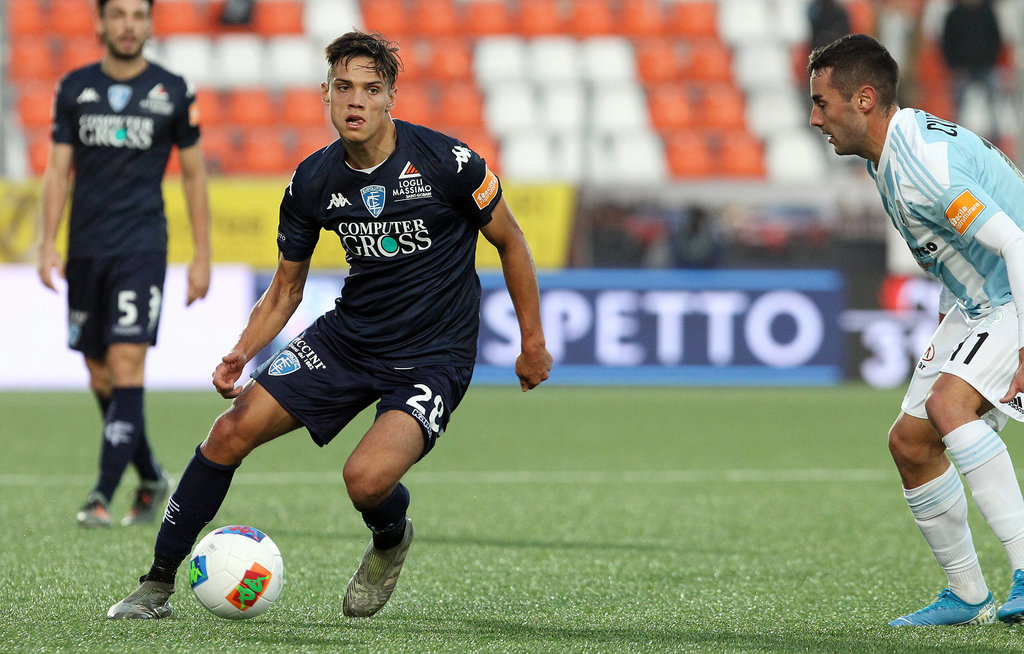 Samuele Ricci, the 18-year-old Empoli midfielder, is destined to become one of the most talked-about names during the upcoming summer window. In fact, many Italian and foreign clubs are monitoring his situation.

The youngster is already very mature for his age and has all the qualities to become the next phenomenon born in Serie B, just like Gaetano Castrovilli, Sandro Tonali and Marco Verratti to name a few.

According to Calciomercato.com, three Serie A clubs in particular have shown their interest in Ricci, namely Milan and Napoli with Fiorentina slightly behind. Empoli have slapped a €15m price tag on the player, which is an affordable figure.

The Rossoneri also have the Rangnick card on their side, as the German is set to take control of the club this summer. He has followed the midfielder for quite some time and would like to add him to Milan’s youth project.

Napoli, meanwhile, can boast their excellent relationship with Empoli given the many negotiations made in the past. As mentioned, Fiorentina are behind but their sporting director, Daniele Prade, is very keen after missing out on Tonali.

Furthermore, Ricci would appreciate a move to the club, knowing that it will be easier for him to earn a spot in the starting eleven than at Milan and Napoli. Therefore, the race remains very open and unpredictable, at least for the time being.