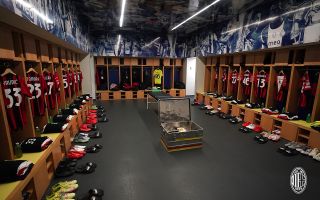 CM: From Ballo-Toure to Daniel Maldini – Milan’s inexperience costs them on the big stage

AC Milan were partly made to pay for having a squad that is lacking in Champions League experience during last night’s defeat to Porto.

Calciomercato.com reports that Milan’s starting XI had an average age of 26.8 years at the Estadio do Dragao, with the 35-year-old duo of Olivier Giroud and Ciprian Tatarusanu as well as the 32-year-old Simon Kjaer certainly helped to drag that up.

The absences of Mike Maignan, Brahim Diaz, Theo Hernandez and Franck Kessie were another factor that may have been decisive in Milan’s defeat, which leaves Pioli’s team still stuck on zero points in group B.

However, the team’s inexperience cannot have helped. Rade Krunic had never played a minute in the Champions League groups before this season, while the same can be said for Alexis Saelemaekers, Rafael Leao, Sandro Tonali, Davide Calabria and Ismael Bennacer, who only have the first two matches of the group and a few games in the Europa League to their name.

Daniel Maldini came off the bench as an ‘impact sub’ of sorts despite having played just 95 minutes in international competitions with the first team. Fode Ballo-Touré had only played in the Youth League with PSG, while only Tiemoue Bakayoko and Fikayo Tomori plus Zlatan Ibrahimovic had some actual Champions League experience.