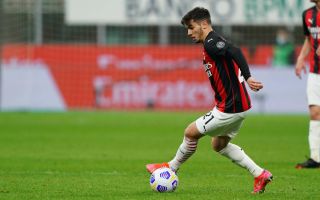 CM: Future of Real Madrid trequartista in the balance – €20m price set as Maldini has a plan

The future of Brahim Diaz will not be decided until the end of the season, a report claims, but Paolo Maldini and Milan have an idea in mind.

According to Calciomercato.com, the future of Brahim will be clearer in June, when Milan know where they have finished in the table, whether they will be back in the Champions League and the renewal situations surrounding Calhanoglu, Donnarumma and Ibrahimovic are resolved.

The Spaniard will have to wait to understand where he will play next season and to know if he has a chance to stay at Milan. So far it would be fair to describe his performances as inconsistent just as they have been with Manchester City and Real Madrid, and the return of four goals and three assists in 29 games this season is not considered enough.

In the last few weeks he will have to prove that he is worth backing and at the end of the season Maldini will speak with Real Madrid, who for their part are open to selling for €20m. At the moment a big investment for a permanent purchase is to be excluded, so the renewal of his loan for another year cannot be ruled out.