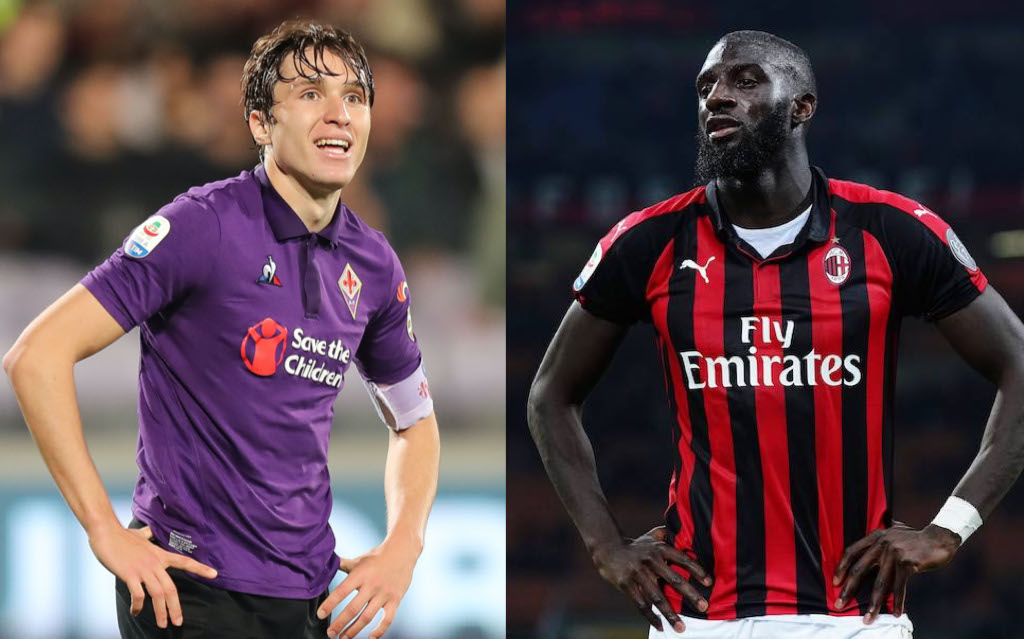 CM.it: A defender, Bakayoko and the Chiesa dream – three signings could still arrive for Milan

AC Milan could yet welcome three more new signings between now and the end of the transfer window, but it all depends on their Europa League fate.

Two more games separate Milan from the Europa League group stages, starting with Norwegian table-toppers Bodo/Glimt and passing through the winners of Besiktas vs. Rio Ave if the Rossoneri are victorious tonight.

According to Calciomercato.it, it is two matches that will partly determine the transfer market, but a centre-back will arrive regardless.

The chosen profile is Nikola Milenkovic but overcoming the wall put up by Fiorentina does not appear easy. The last few days of the window could lead Rocco Commisso to drop his asking price from €40m Milan would be ready to take advantage of it.

The Serbian central has no intention of renewing his contract which expires in 2022 and the presence of Ramadani in Milano suggests that something will move soon. The agent also proposed his client Matija Nastasic, but the track leading to the Schalke defender is not yet concrete.

Milan would prefer other profiles such as Ajer, for which there will be updates in the next few hours, or Wesley Fofana. The Saint-Etienne starlet however is expensive and Premier League clubs are pushing hard.

In the end, a name that everyone could agree on is German Pezzella, also of Fiorentina. Stefano Pioli likes the Argentine a lot and in recent days there have been contacts with his entourage. The Argentine also has a contract expiring in 2022 and this could lead Fiorentina to ‘settle’ for a figure close to €15m.

However, surprises such as Rudiger can not be excluded, who could arrive on loan given that Chelsea are desperate to offload him.

For the midfield, Tiemoué Bakayko could still return from Chelsea but the Frenchman must continue to wait. A concrete move for the 26-year-old with a new offer will only occur if the group stages of the Europa League are secured.

If Lucas Paqueta, Diego Laxalt and Rade Krunic were to leave, a dream third signing could arrive, namely a right winger. The report concludes by claiming the Federico Chiesa dream has not yet vanished.