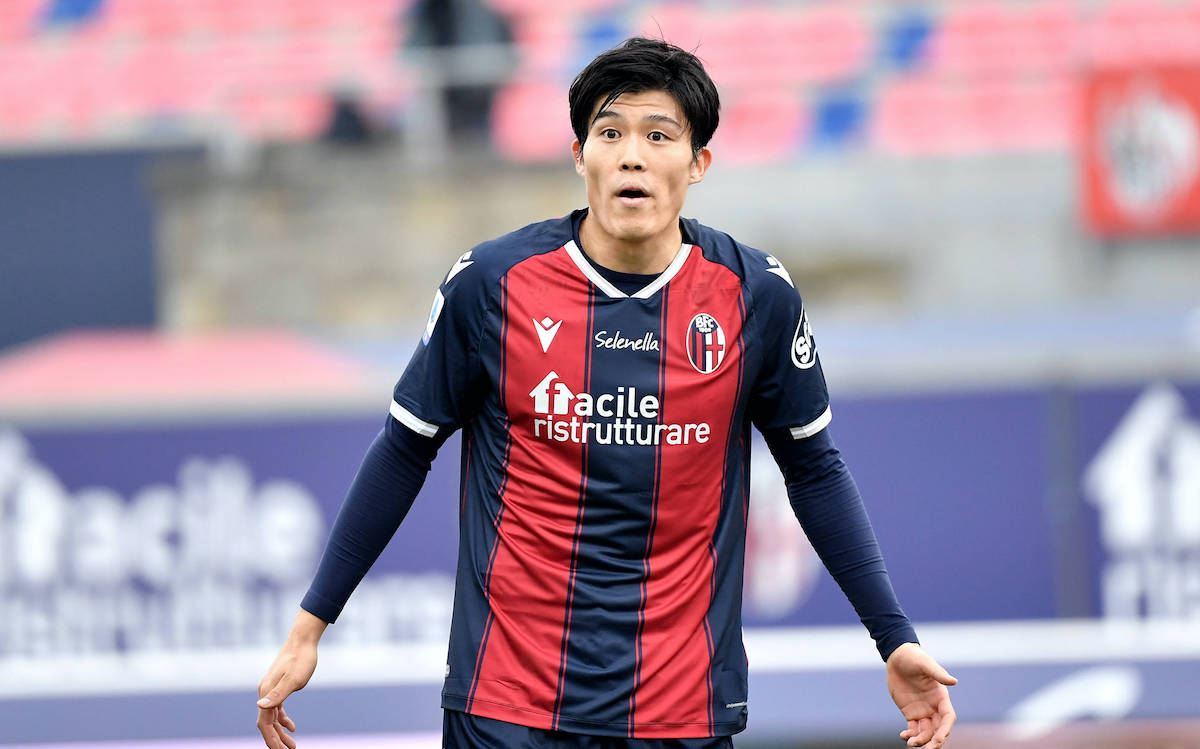 AC Milan no longer appear to be interested in a move for Bologna defender Takehiro Tomiyasu, according to a report.

As Calciomercato.it reports, the Japan international continues to show his quality with Bologna despite the team’s struggles, but Tomiyasu’s future could does not seem to be at Milan despite the fact Maldini did try for him.

The Rossoneri have every intention of backing the in-form Davide Calabria and are looking to buy Diogo Dalot, despite the fact that an official offer has not yet been made. Maldini is ready to divert the budget to other positions.

Now, Tomiyasu could enter the crosshairs of Inter and Juventus given his excellent performances. He would fit the three-man defence that Andrea Pirlo and Andrea Conti play, but also a four-man back line should either revert to that.

Under Conte he would be a practically ideal deputy to Milan Skriniar, but an asking price of €20-25m has been set.