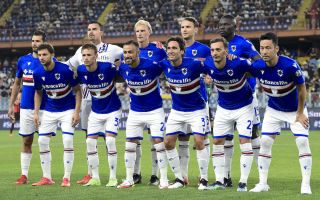 AC Milan could launch a double raid on Sampdoria next summer as they look to reinforce the defence and attack, according to a report.

Calciomercato.it writes that Milan might have to try and replace Alessio Romagnoli given his contract expires at the end of the season and there is no sign of an imminent renewal, with the blueprint for his replacement set. Maldini wants a physically strong centre-back, who is fast and anticipates danger in advance.

These are characteristics that are much easier to find in defenders who play in Ligue 1 or in Premier League, but the Rossoneri have their eye on Omar Colley of Sampdoria. The 28-year-old is sought by several English clubs and next summer could mark the big leap to a big club for him.

Interestingly, the report adds that a double deal cannot be excluded as Mikkel Damsgaard is doing well at Sampdoria, and for some time he has been in the Rossoneri’s sights.