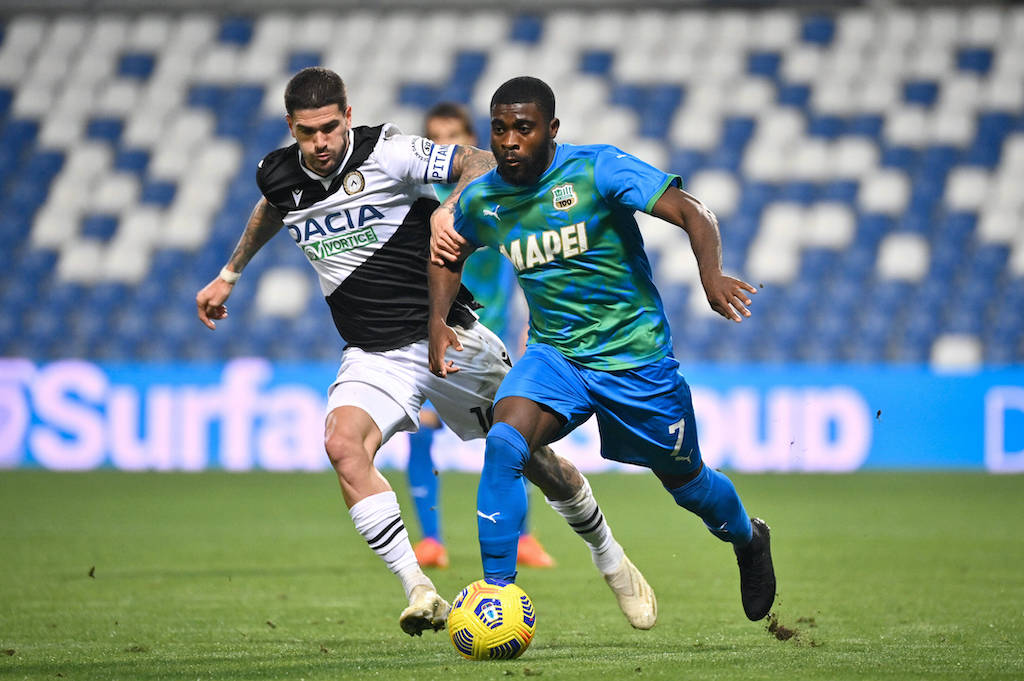 CM.it: Milan could use summer signing as part of swap deal for €40m Sassuolo star

According to Calciomercato.it, technical director Paolo Maldini is a keen admirer of Boga, who is back after a long absence due to Coronavirus and remains one of the most highly-rated attackers in the league.

The Rossoneri consider him a viable option to reinforce their attacking department, and surprisingly the outlet claims that Hauge – who joined from Bodo/Glimt back in the summer window – could go the other way as part of the deal.

The 21-year-old has not found much space so far and could get more playing time under Neroverdi boss Roberto De Zerbi, and he would serve to bring down the asking price of Boga which was €40million in the summer.

The deal would allow Leao to move become a full-time deputy centre-forward and help Zlatan Ibrahimovic manage is workload, while Boga would be considered a real quality addition for the wings.