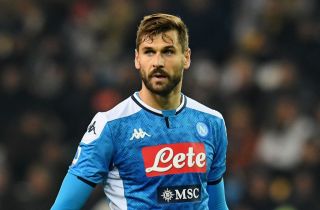 CM.it: Milan enquire over signing of Napoli forward but the player is pushing for Juventus

AC Milan have made enquiries about the potential signing of striker Fernando Llorente from Napoli but he has his mind on a move elsewhere.

According to Calciomercato.it, Milan have tested the waters regarding Llorente as they look for a potential deputy to Zlatan Ibrahimovic, but for now it is just an idea. There is also the interest of Sampdoria, but now the operation is on standby as they are looking at other targets.

In any case, Llorente seems to have chosen his ideal destination and it is Juventus. The attacker also prefers to return to Turin compared to the idea of joining Milan, as at Juve he would also find Andrea Pirlo on the bench, with whom he has an excellent relationship.

The Spaniard has been out of the plans for several months, but now it remains to be seen whether the Bianconeri make a concrete move to land the veteran.