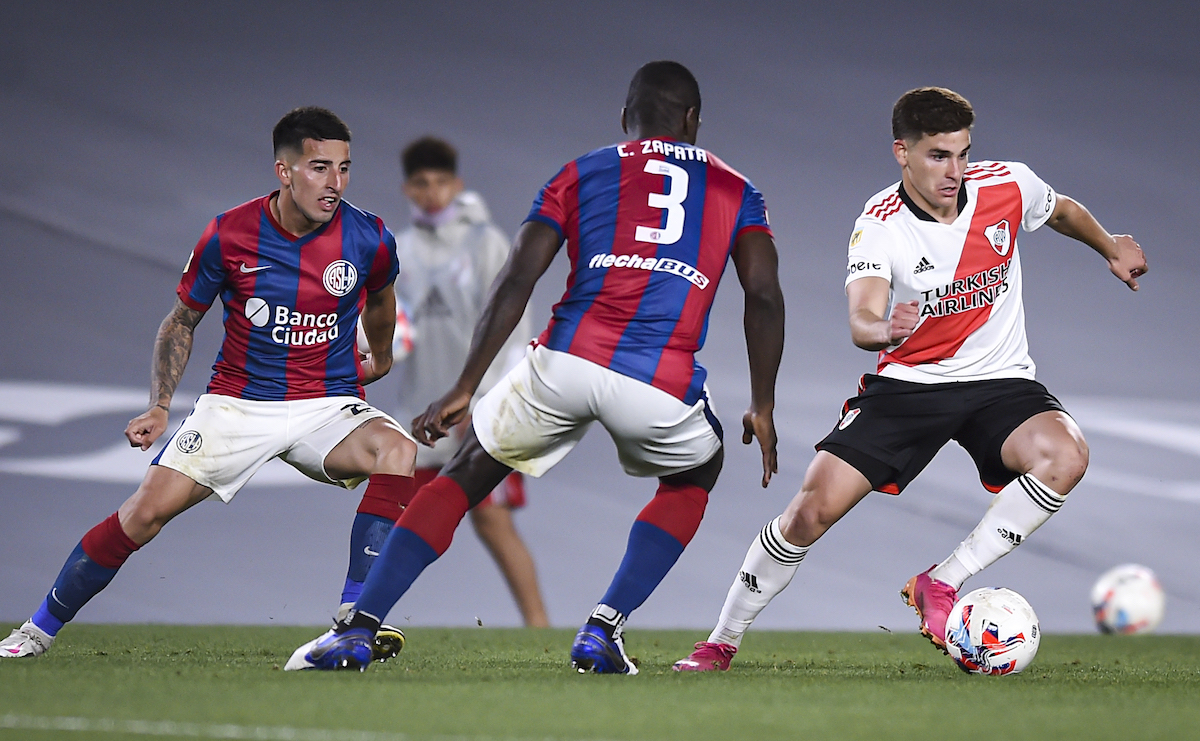 AC Milan are looking around for the potential heir to Zlatan Ibrahimovic and they have turned their attention towards Argentina, a report claims.

Sebastian Sur of TNT Sport reported that last night a Rossoneri scout watch Julian Alvarez at the Monumental as River Plate ran out 3-1 winners against San Lorenzo, and whoever the observer was will have been impressed given Alvarez scored a hat-trick.

Calciomercato.it confirm Milan’s interest in the player but the risk is represented by the competition. Orlando City attempted to get a deal done in the summer and other sides in Europe are now being linked, so the Diavolo must be quick if they are to sign the 21-year-old.

River Plate have produced some top centre-forwards like Batistuta, Higuain and Radamel Falcao, with the firm belief being that Alvarez is the future of the national team. He is ‘only’ 170cm tall but has great strength and technique, has an eye for goal and is skilled in link-up play.

Milan are watching him closely and evaluating his candidacy for the attack of the future, the report concludes. Olivier Giroud and Zlatan Ibrahimovic are the current main options but both have suffered physical problems and the Swede in particular is likely to need replacing soon.