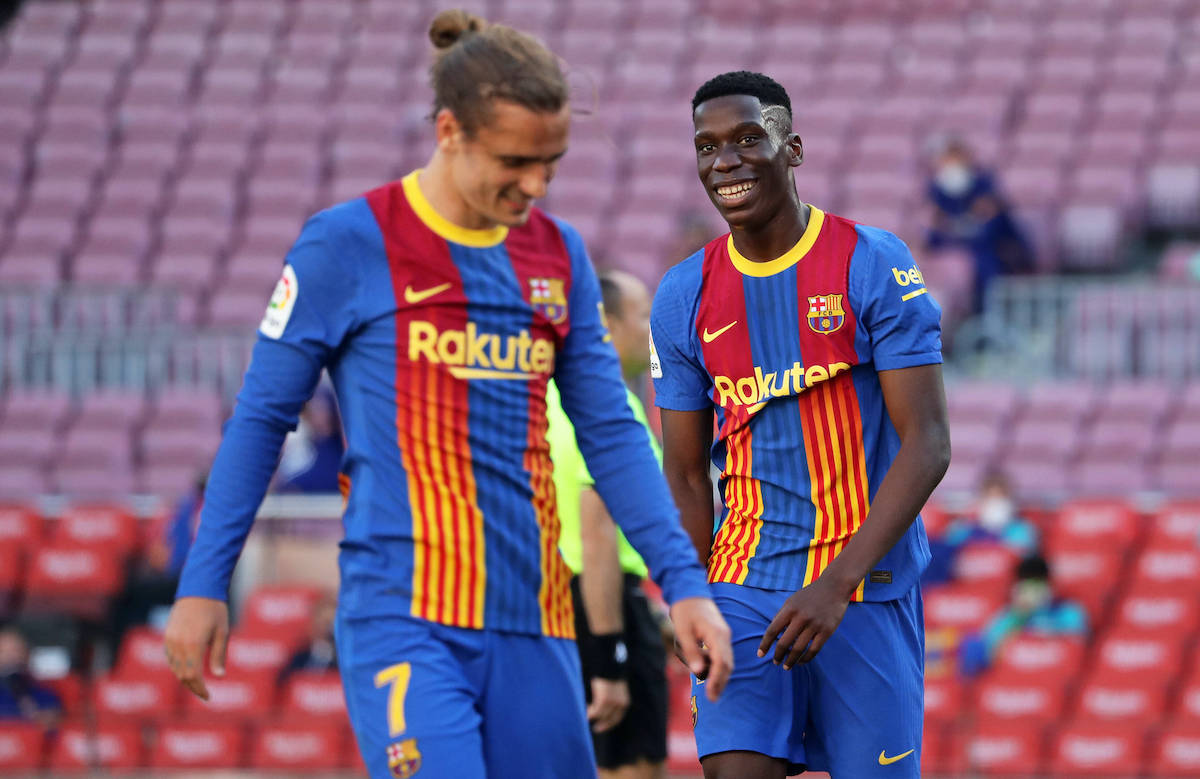 CM.it: Milan, Spurs and Chelsea want Barcelona teenager and have been boosted by pact

AC Milan have expressed an interest in signing Barcelona teenager Ilaix Moriba when his contract expires, a report claims.

According to Calciomercato.it, Juventus, Real Madrid and Barcelona have formed an alliance that ‘could also have consequences on the transfer market’. In particular, some talented players could leave on free transfers and one of these is Ilaix Moriba, who has no intention of extending his agreement with Barcelona.

There has long been talk of an interest from both Real Madrid and Juventus, but the three founders of the Super League seem to be sticking together meaning those two could well be ruled out of the race.

Roma, Milan and Tottenham have also appeared as interested in signing Moriba, who have now been alerted by the fact Juve and Real have entered a non-belligerence pact, giving the green light to sign the 18-year-old Barcelona midfielder.

RB Leipzig and Chelsea are currently the two most accredited teams with regards to signing Moriba, who made his Champions League debut against Paris Saint-Germain this year, coming on as a substitute in the 79th minute.