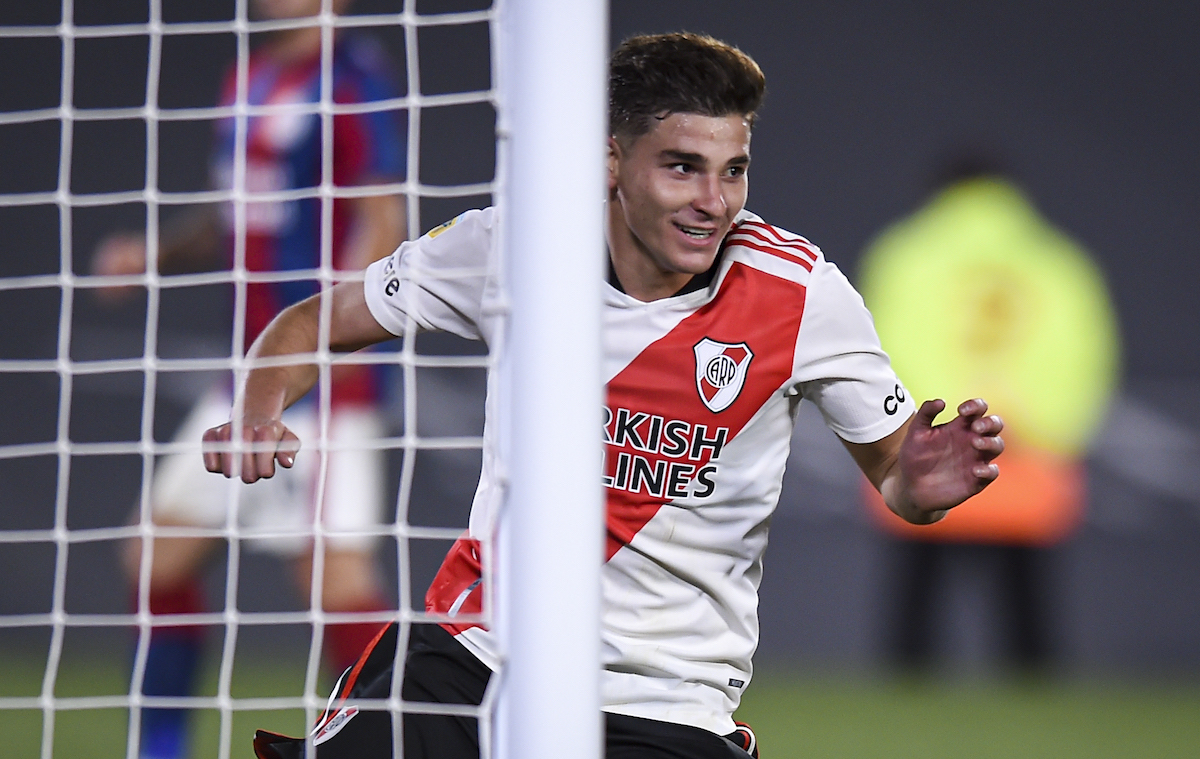 AC Milan are not along in their pursuit of River Plate forward Julian Alvarez and an auction could be unleashed, according to a report.

Alvarez scored a hat-trick over the weekend of River against San Lorenzo while the Rossneri had a scout present, thus hoisting himself to the top of the scoring charts with 10 goals in 16 games.

Calciomercato.it writes that there Milan were not the only team who watched Alvarez closely, but virtually all the top major European clubs did too. River Plate are ‘rubbing their hands’ knowing that they have a real coveted talent on their hands that they can trigger an auction over.

Los Millonarios have in fact not set any price tag and are waiting for a first official offer to then decide whether it will be the right amount or whether to hold out for more. Regarding Milan, the report claims that there have been no contacts between all the parties involved and, to date, it seems difficult to think of an immediate assault.