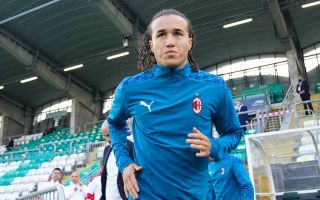 CM: Laxalt could end up stay as deputy to Theo – Milan’s plan and the player’s choice

Despite it seeming almost certain heading into the summer that Diego Laxalt would leave the club, the chances of him staying are now rising fast.

As Calciomercato.com notes, the Uruguay international – who returned in January as his loan at Torino was cut short – played only 172 minutes in 2020, divided between the league matches against Spal, Parma, Sassuolo and Atalanta, and the Italian Cup against Juve.

It is clear that Theo Hernandez is the undisputed starter at left-back, but Laxalt is not pushing to leave and instead wants to carve out some kind of role, even if he knows becoming the first choice is almost impossible.

The five substitutions and the possibility of Milan playing three competitions give him confidence. He has a contract expiring in 2022 and intends to respect it.

The scenario will change only if an intriguing offer arrives, which can guarantee him a pay rise and game time. After speaking with Lokomotiv Moscow, Maldini and Massara have not received any  concrete offers for Laxalt. Their position is clear: he will not leave on loan, and whoever wants him will to have to put money on the table.