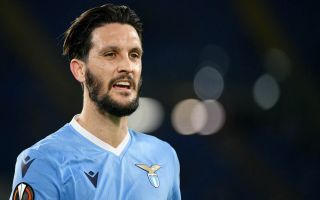 CM: Lazio decide €40-50m star can be sold after Milan made summer approach

AC Milan opened talks over a deal for Lazio playmaker Luis Alberto over the summer but didn’t manage to land him, a report claims.

According to Calciomercato.com, the Spaniard let the club know that he intended to leave Lazio over the summer around the time that the team reconvened for preseason training, but all it took was a week for him to change his mind and get himself back into the fold at Lazio.

Interestingly, Lazio president Claudio Lotito no longer considers him to be unsellable as his performances have not been up to par. Last summer he made a pact with the club: with the right offer he can leave.

The valuation is at least €40-50m however, meaning that when Milan tried to land him over the summer they did not get very far because of the asking price. In Spain there was a lot of talk about Atletico Madrid and Villarreal, and it seems an exit is still on the cards.