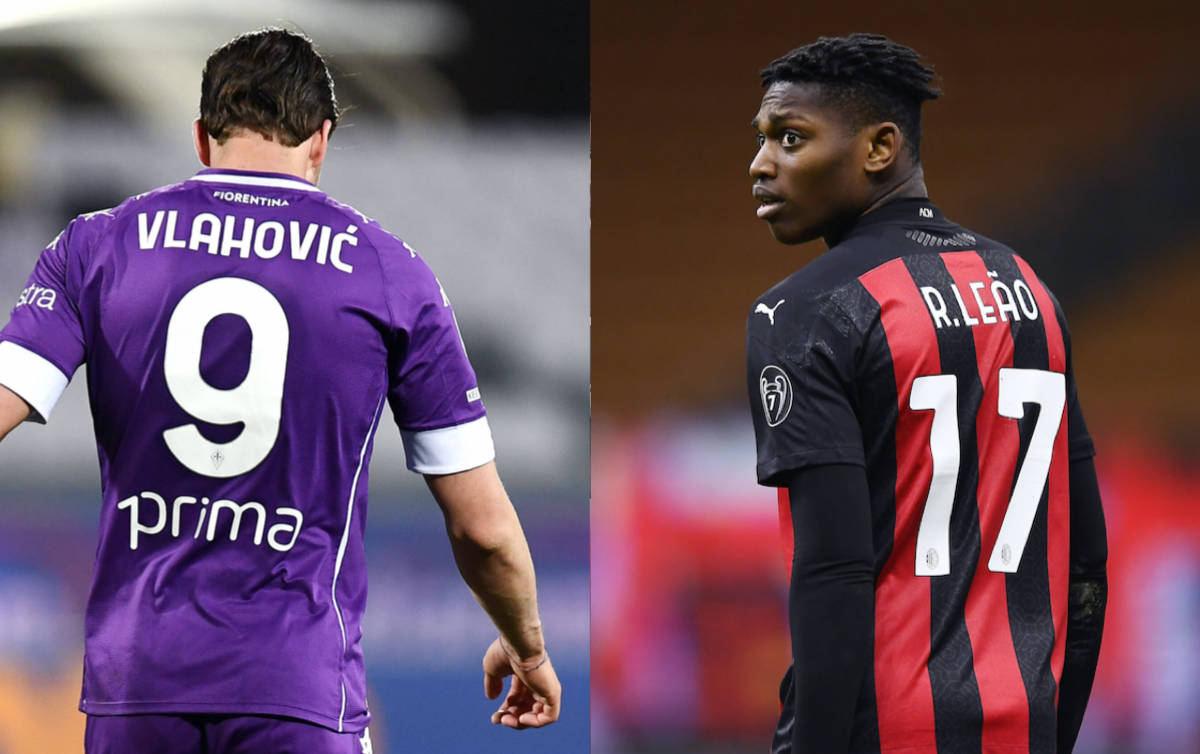 CM: Leao will not be used as part of deal for €40m striker – Milan’s intentions are clear

Rafael Leao would not be used as part of a hypothetical deal for Fiorentina striker Dusan Vlahovic, according to a report.

SportMediaset (via MilanNews) reported yesterday that Milan will look for a new striker during the summer transfer market, but a concrete attempt will only take place when the Rossoneri are certain that they have achieved qualification for the next Champions League.

The broadcaster added how the perfect identikit for the management is Dusan Vlahovic. The 21-year-old Fiorentina forward is a player that both Pioli and Ibrahimovic are crazy about. La Viola are asking for at least €40m, but they added that Rafael Leao could be included in the negotiation.

According to what Daniele Longo has reported on his Instagram live (via AC Milan FR), Leao will not be part of the hypothetical Vlahovic deal with Fiorentina. In addition, the journalist states that the club have no intention of selling him.

READ MORE: Milan will do ‘everything possible’ to sign Chelsea defender