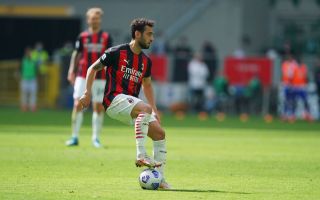 CM: Liverpool idea fades as Juventus get ready to accelerate for Calhanoglu after Allegri’s approval

Hakan Calhanoglu’s future seems to be further and further away from Milan but he could stay in Italy, according to a report.

Calciomercato.com writes that Juventus have always had an interest in Calhanoglu but the sacking of Paratici and Pirlo and the return of Massimiliano Allegri had put the operation on hold, but now it will reignite again. That is because Allegri himself has given the green light for the Calhanoglu operation, as it is considered an economic opportunity (being a free transfer) to add a player of quality.

With Allegri’s approval therefore Juve are expected to accelerate their pursuit and file the details of the offer that has been sent to his agent. Milan have never moved from their position and have not raised their offer, while Calhanoglu is oriented to reject an offer from Qatar despite it being the highest bid.

The Liverpool hypothesis did not take off either as the entourage of the player did initiate contacts, but a formal offer did not arrive from the Reds.