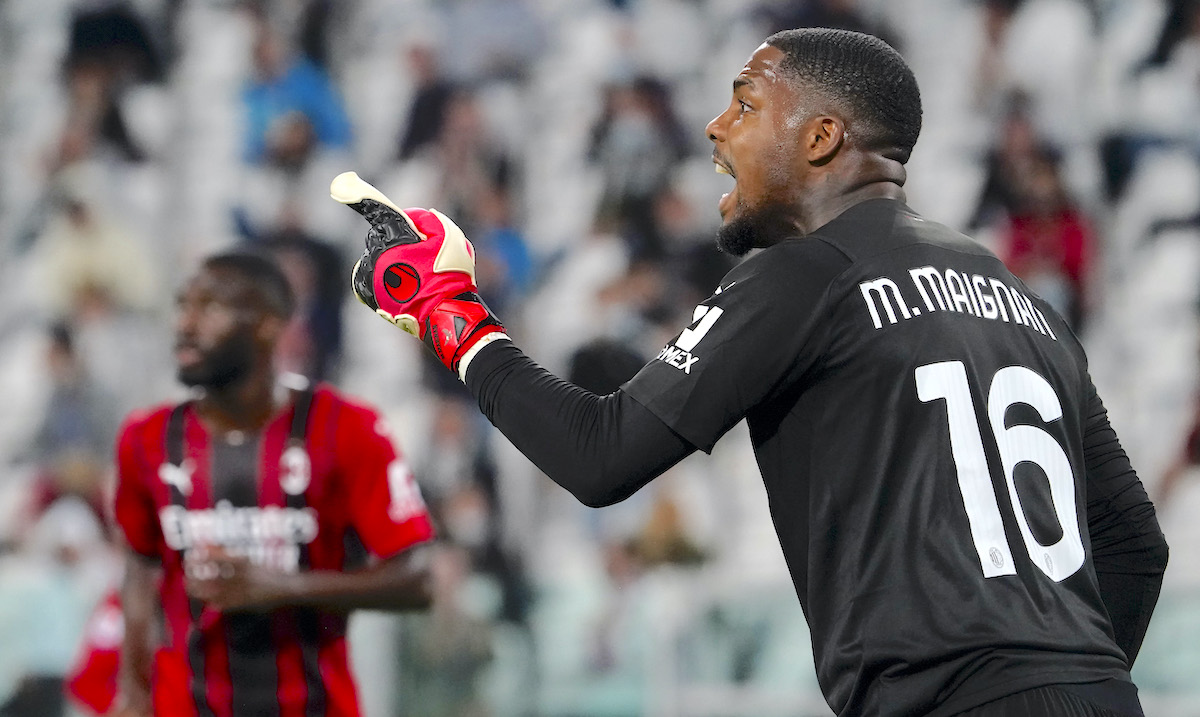 AC Milan will be without goalkeeper Mike Maignan for the rest of the year, a report claims, and he will miss over a dozen crucial games.

According to Calciomercato.com, Milan will be without Maignan for 10 weeks after he had an arthroscopy on his left wrist yesterday, which means the Frenchman will have to observe a six-week rest period and then rehabilitation will begin with a view to getting back on the field as soon as possible.

Ciprian Tatarusanu now has a chance to shine with free agent Antonio Mirante having joined yesterday to become the new back-up as Alessandro Plizzari will also out for two more months due to surgery.

Maignan is expected to miss 16 games: 12 in the league and 4 in the Champions League. In Serie A he will watch from the sidelines for the games against Hellas Verona, Bologna, Torino, Roma, Inter, Fiorentina, Sassuolo, Genoa, Salernitana, Udinese, Napoli and Empoli.

In Europe he will miss Porto away and at home, Atletico Madrid away and Liverpool at home. He should be back again for Milan-Roma, the first game in January.