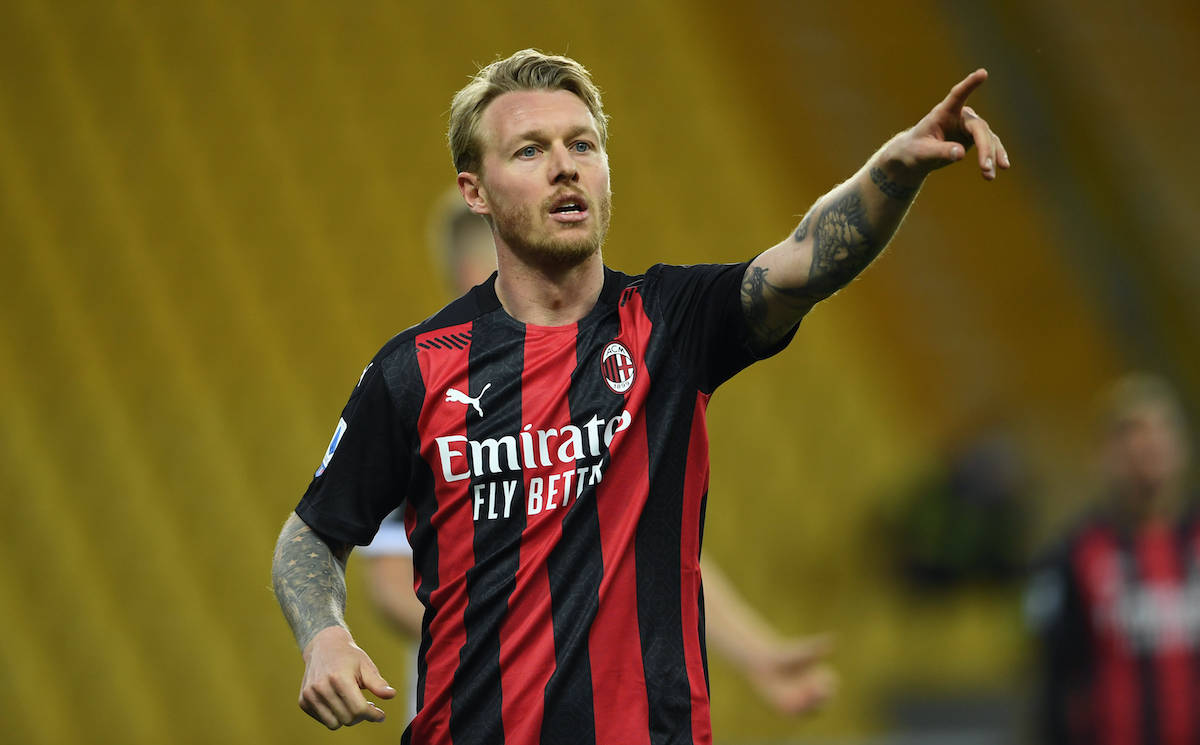 Simon Kjaer is having one of the best seasons of his career and AC Milan are beginning to think about giving him an extension, a report claims.

The Danish international arrived on loan from Sevilla in January 2020 after a difficult first half of the season with Atalanta where he barely played, and since joining the Rossoneri he has been a virtually immovable member of the starting line-up.

According to Calciomercato.com, the club are also thinking of rewarding his performance with a renewal even though he only signed on a permanent basis last summer. With 32 games played this season, he has become the undisputed leader of the defence due to Romagnoli’s injuries, and has helped Tomori adapt.

With a contract expiring in June 2022, Maldini and Massara are already taking steps to secure his future beyond then and they are seriously considering the possibility of rewarding Kjaer with a one-year extension.

The first contacts with him and his entourage have already started, but they will be discussed more in depth at the end of the season given deadlines more imminent, such as with Donnarumma and Calhanoglu.

READ MORE: Why Paqueta is succeeding with Lyon and the reasons Milan don’t regret his sale