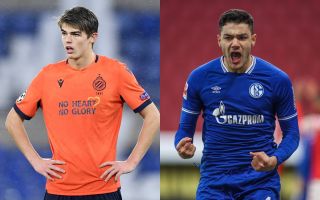 CM: Maldini at work to identify Hauge-esque operations – the names on Milan’s radar

As always, Milan are looking for new players to improve the team and not just for the short-term like city rivals Inter. The strategy is pretty clear: alongside a few experienced players, young talents are needed.

Jens Petter Hauge is a great example of the Rossoneri’s strategy on the market, as highlighted by Calciomercato.com. They had been following the winger for a long while and the game against Bodo/Glimt was the deciding factor.

The negotiations were very fast. 24 hours after the game, Hauge had already been blocked by the club and arrived for a total amount of €5m. Considering the start the winger has had, it has been a bargain for Milan.

Of course, Paolo Maldini would like to replicate the operation in other positions. Per the report, there are several names on his wish list: Ozan Kabak (born in 2000), who seems to be slightly ahead of Mohamed Simakan (2000) and Matteo Lovato (2000) for the centre-back role.

For the midfield, the player followed with great interest is Charles De Ketelaere. Born in 2001, he played in the Champions League group stage with Club Brugge. A flexible player with great physical qualities (he’s 192 cm tall) who can cover all positions in midfield.

Another target is Dominik Szoboszlai, although it seems he will be heading for RB Leipzig. Furthermore, his release clause is set at €25m. In any case, we can expect an interesting January with perhaps some surprises.

READ MORE: The four secrets of a Milan in red-hot form – from style of play to Ibrahimovic