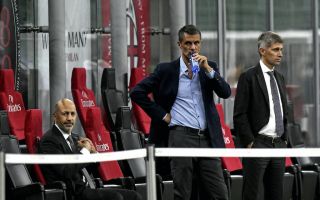 CM: Maldini wants a surprise signing for the midfield – the characteristics and the list of targets

According to Calciomercato.com, Maldini outlined the Rossoneri’s transfer strategy by stating that it will be a ‘market of opportunity’ during which it will be essential to shore up a team that has so far been able to amaze this season.

The director knows that he will have to be good at intervening and seizing the right opportunities without upsetting the balance of the squad.

There is expected to be a signing in defence and a wait-and-see strategy in attack, where a large chunk of the budget will not be invested and the sensations are that the forward department could remain the same.

A midfielder could arrive as a ‘surprise’ considering that Milan have felt the strain in the last few games with Ismael Bennacer out, Franck Kessie having been suspended and Sandro Toanli having been an injury doubt too.

The names are those of physical midfielders  perhaps with different and complementary characteristics compared to those of Kessie. The report names Boubakary Soumarè of Lille as the favoured target, while Andrè Anguissa of Fulham is also on the list.

It cannot be excluded that there be a possible surprise from Ligue 1, a market to which the Rossoneri management are very attentive.