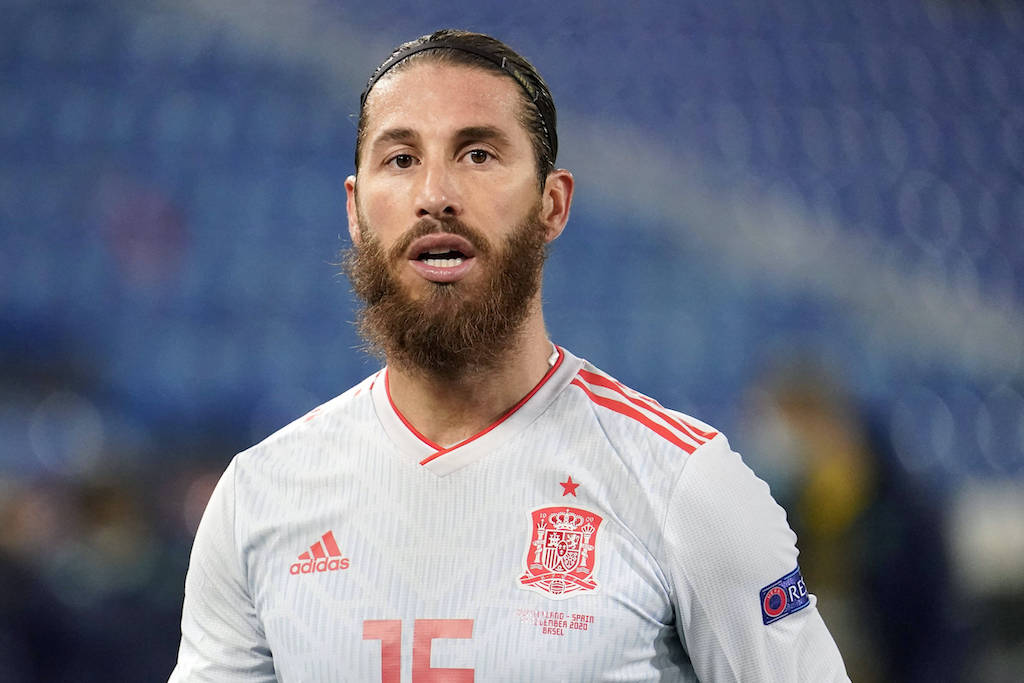 CM: Meeting has taken place between Maldini and agent of Real Madrid star Ramos – the latest

The agent of Sergio Ramos has had a conversation with Paolo Maldini about the possibility of joining AC Milan, it is claimed.

Ramos has entered what is his last year of his contract with Real Madrid and the defender is attracting the interest of some of the big clubs around Europe.

According to Cristiano Ruiu’s latest for Calciomercato.com, Ramos – despite being 34 – would be the perfect reinforcement for the defence and a leader that can take over once Zlatan Ibrahimovic retires.

He would expect a salary of just under €10million net per season, an enormous amount for this Milan, but an interview between his agent and Maldini really has already taken place. It remains to be understood though how much the talks come from real desire to leave Madrid or whether it is all a ploy to get a renewal.

Meanwhile, Ruiu adds that there is no negotiation for Inter playmaker Christian Eriksen and rather only a market hypothesis. There would be resistance from Inter in selling him to Milan.

Finally, PSG striker Mauro Icardi is ‘certainly the least likely’ of the three targets to arrive because in his case both his salary and the transfer fee would be simply too high.