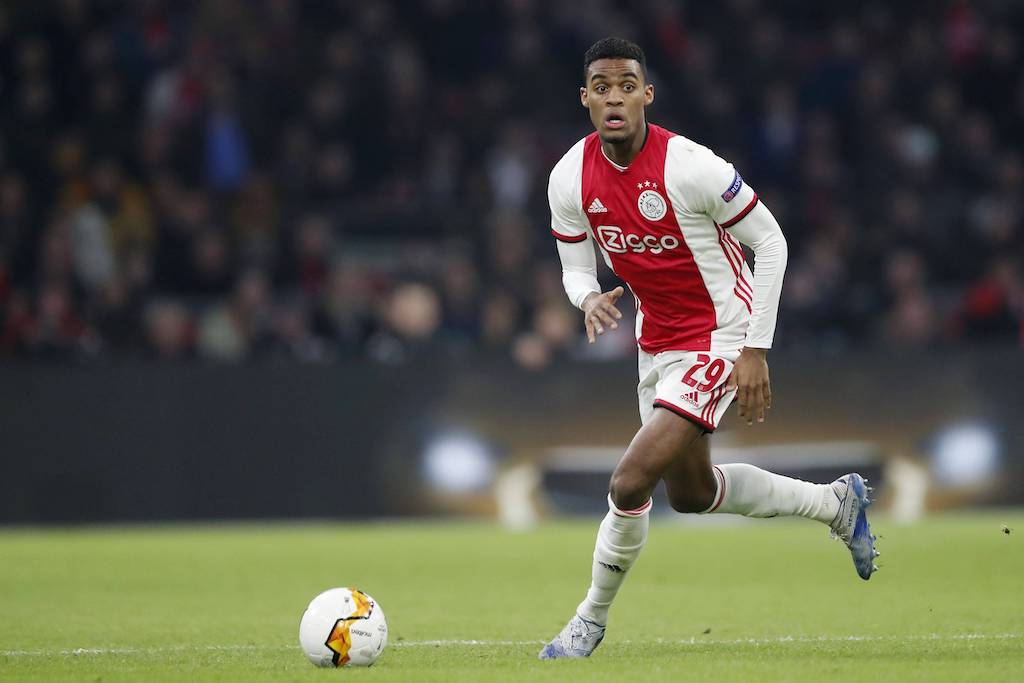 AC Milan are one of three Italian clubs who have been offered the chance to sign Ajax midfielder Ryan Gravenberch this summer, it is claimed.

It was reported by newspaper Voetbal International on Thursday that Milan and Roma are two of the clubs interested in the 18-year-old, especially now as Dutch teams are struggling financially due to the economic impact of the Coronavirus.

Todofichajes.net then claimed over the weekend that Raiola and Ajax have failed to find an agreement regarding Gravenberch’s renewal and the Rossoneri are ready to take advantage of the situation. The outlet added that he is a player that prospective new manager Ralf Rangnick likes a lot.

According to the latest from Calciomercato.com reported Daniele Longo on Twitter, Raiola is at work to take his client to Serie A and there are three teams who have been given the chance to sign him.

One of them is Milan, while their two rivals from the capital – Roma and Lazio – have also been offered the opportunity to secure the midfielder’s services.

According to Transfermarkt, Gravenberch has four goals and one assists in 14 senior appearances for Ajax’s senior side across all competitions.