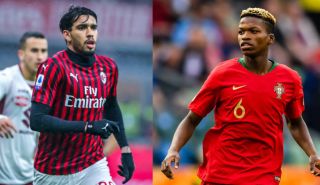 CM: Milan and Benfica to resume talks over €75m midfield duo – the situation

AC Milan and Benfica look set to resume negotiations this summer regarding deals for midfielders Lucas Paqueta and Florentino Luis, it is claimed.

According to the latest from Daniele Longo for Calciomercato.com, the future of Lucas Paquetà is still to be written. The Milan midfielder has disappointed since his arrival and could change clubs in the coming months.

Fiorentina are serious about trying to sign him and are weighing up a two-year loan with obligation to buy based on certain objectives. Benfica are also keen on the Brazil international and are examining the economic parameters of a possible deal.

There have been talks about a potential exchange deal with the Lisbon-based side involving Paquetà and Florentino Luis, but the report claims that there are difficulties regarding that idea. Instead, the two clubs want to start thinking about the deals independently of each other.

Benfica director Manuel Rui Costa is a great admirer of Paqueta and is convinced that he can express his full potential with the Portuguese giants. There are however concerns about costs, both in terms of salary and because Milan are asking for €28-30million to green light the sale.

Meanwhile, Longo adds that Milan have kept alive and constant contacts with the agency that takes care of Florentino’s interests after trying so hard to sign him in January.

It was director duo Paolo Maldini and Ricky Massara who carried out the discussions then though, and with the ever closer farewell of the two managers, things may change. Nonetheless, chief scout Geoffrey Moncada is a big admirer and he could be perfect for Ralf Rangnick’s style, but Benfica for now are asking for €45m.