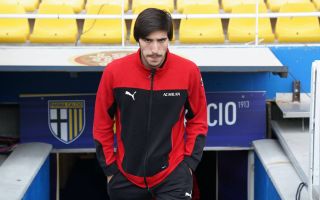 AC Milan are working with Brescia to try and secure more favourable terms for the Sandro Tonali deal, according to a report.

As Calciomercato.com writes, the Milan management are working on the permanent signing of the midfielder, having decided to keep him regardless of the fact he has had a rollercoaster season with more downs than ups.

The next few hours will be important to try and reach a conclusion as Massimo Cellino – the president of Brescia – is returning to Italy after a few days abroad and among his priorities is undoubtedly the closure of the Tonali issue.

An attempt is being made to find a solution that can bring the two clubs to an agreement and to do so quickly, given the deadline on the option to buy is set for 15 June. Milan want to obtain a discount on the €15m agreed last summer for the option. The intention of all three parties involved is to safeguard the operation, but it is necessary to find a meeting point that satisfies everyone.

Cellino has shown an openness to negotiate, so the next contacts between the Brescia leaders and the Rossoneri managers will therefore be decisive, just over a week to outline all the contours of the deal and allow Tonali to play his cards again in Milan.