CM: Milan and Inter to battle for Man Utd outcast

Manchester United flop Marouane Fellaini was photographed (via the Sun) in Milan with his brother yesterday.

Is it a coincidence that the Diable Rouge is also being pursued by both Milan and Inter for a January move?

The 27-year-old has not enjoyed himself of late at the Old Trafford. Having started the season as a starter under Jose Mourinho, the Belgian international has since been relegated to a secondary role, playing only 17 minutes in the Red Devils’ last six games. 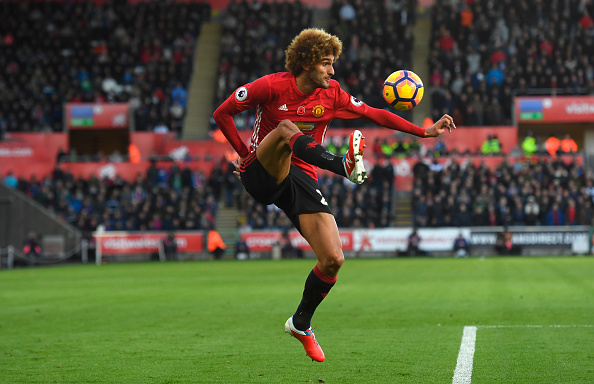 This owes to the former Everton man’s request for a new and richer deal, something which didn’t do go down to well with the Special One.

Both Milanese clubs want Fellaini on loan until the end of the season, and are willing to pay his remaining salary, which stands at €3million.

Fellaini has scored only 7 Premier League goals since moving to the Old Trafford in September 2013 for a steep €34.2m.