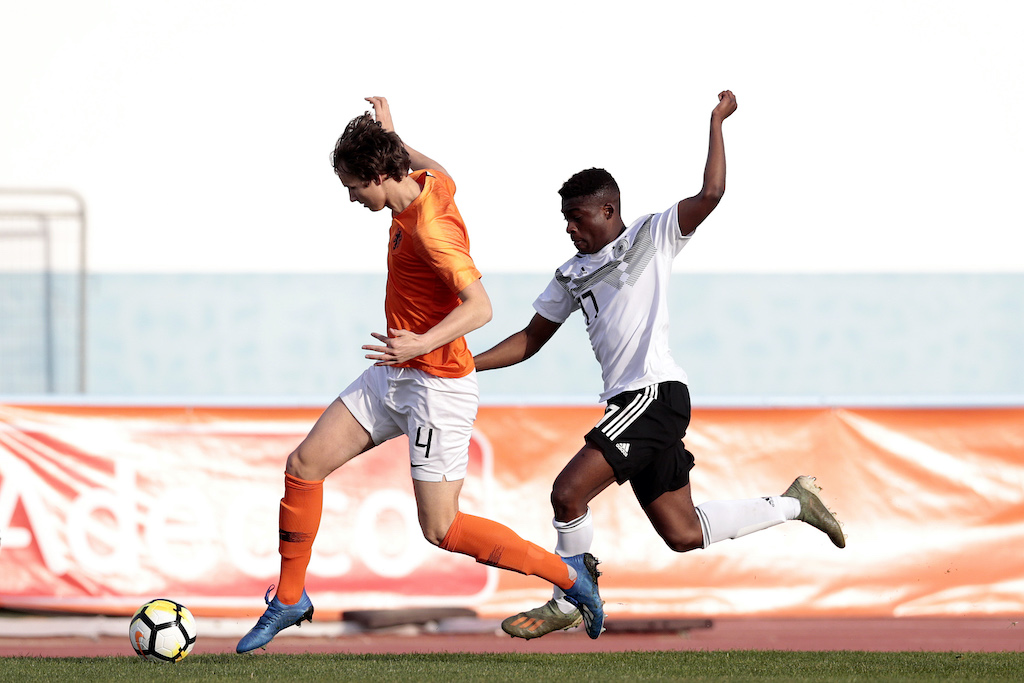 AC Milan are one of four teams interested in PEC Zwolle defensive starlet Rav van den Berg, according to a report.

According to the latest from Calciomercato.com, the Rossoneri’s rearguard could undergo a revolution this summer as only captain Romagnoli is considered a key element. Mateo Musacchio, Simon Kjaer, Leo Duarte and Matteo Gabbia are not sure of their permanence

With Ralf Rangnick set to arrive as manager in order to lead to club on a youth-oriented revolution, Milan have set their sights on 15-year-old centre-back Rav van den Berg.

He is attracting a lot of attention and even comparisons with Matthijs de Ligt in his home town, and Ajax, PSV Eindhoven and Liverpool are also interested – the latter being the club in which his older brother Sepp plays.

He recently signed a new contract until June 2022 which will be effective from July 7, when he will turn 16 years old, but at Zwolle he is already making strides and trained with the senior side in their winter reteat.

Physically imposing, almost never beaten in aerial duels and close combat, it is no surprise he is attracting such interest. The report describes the teenager as ‘absolutely in line with the new directives of Milan’.