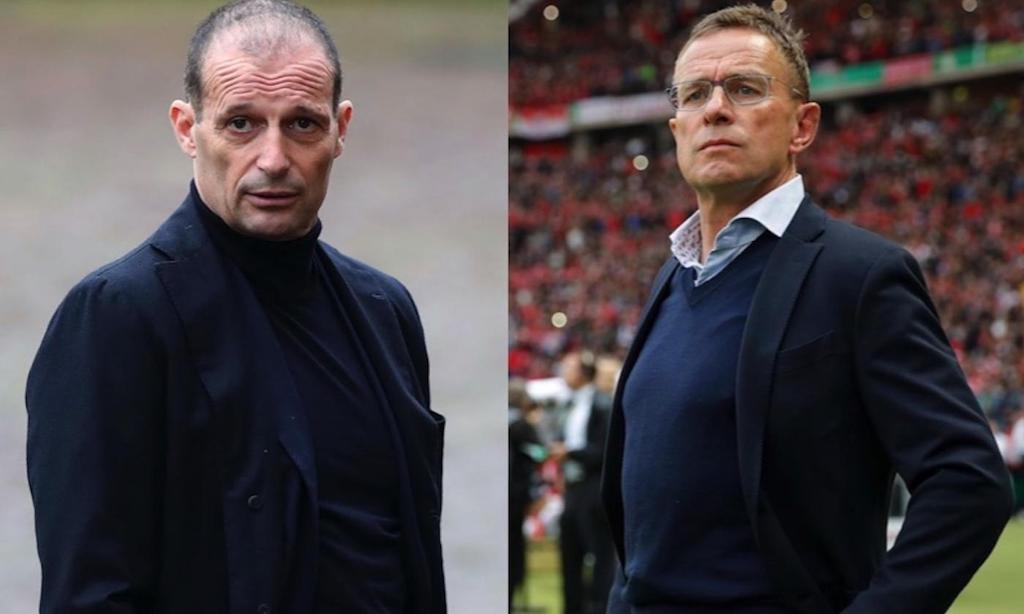 AC Milan and Manchester United both have the same two targets in mind to become their next head coach, according to a report.

Speculation is rife in the Italian media that Stefano Pioli will depart the Rossoneri in June unless he either miraculously achieves a top four finish or wins the Coppa Italia.

As such, attentions have turned to who might replace him, and Calciomercato.com talks of a rift between CEO Ivan Gazidis and director duo Zvonimir Boban and Paolo Maldini.

Their report claims that the club’s owners Elliott Management would like Rangnick to take on the role of a double figure, that of head coach and sporting director.

However, across the English Channel Manchester United are also thinking about the German to replace Ole Gunnar Solskjær for  the 2020-21 campaign.

Gazidis who would like Rangnick, while the Maldini-Boban duo instead want to return to the top in the shortest time possible and as such would prefer the appointment of Massimiliano Allegri.

It is Boban in particular who advocates the candidacy of the Italian coach for the bench ahead of next season. For his part, however, Allegri seems to have something else on his mind and for this reason he has been studying English during his break since leaving Juventus.

The report adds that he wants to be ready in case of a call from a big European club and in particular from England, and the hottest track at the moment is the one that leads to Manchester United. He would go there as a coach, but also have great power on the market, a role that intrigues the 54-year-old.

More Allegri than Rangnick for United, more Rangnick than Allegri for Milan: a real market intrigue on the Milan-Manchester axis.