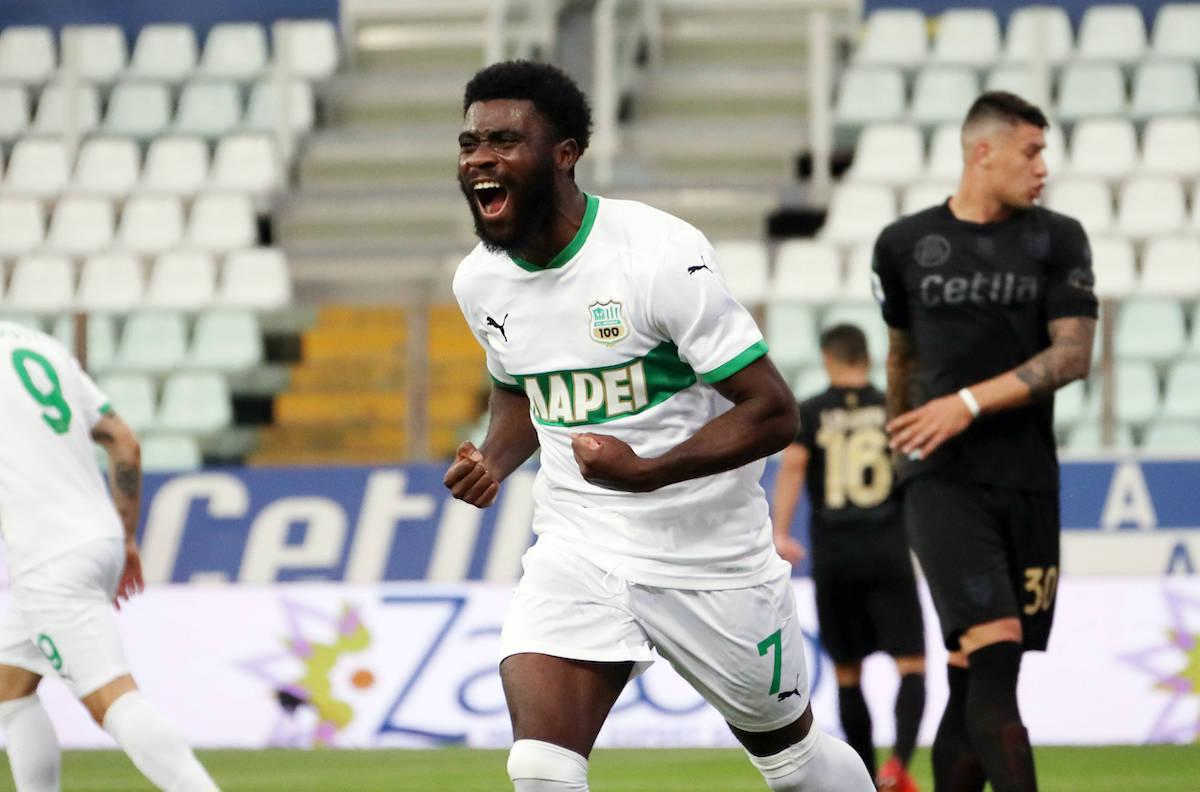 Jeremie Boga appears set to leave Sassuolo at the end of the season and Milan have been mentioned in the report.

According to Calciomercato.com, Boga angered the Sassuolo management with his recent interview during which he discussed his future in rather bold terms. “We were discussing the renewal with the clubs, but we have not reached an agreement. For this reason, we have decided on a sale with the management in the summer,” he said.

Boga has not hidden his desire to take a step forward in his career and to play in the Champions League. Sassuolo did not like his statements and managing director Giovanni Carnevali immediately decided to fine the Ivorian winger. He also communicated his stance: for less than €40m, Boga will not leave.

In pole position to sign Boga is Gian Piero Gasperini’s Atalanta, who already wanted him with him a year ago. Shakhtar Donetsk may be a suitor too given Roberto De Zerbi has asked for him and Djuricic. Then there is Milan and Napoli, who in the past asked for information on the 24-year-old.

READ MORE: Paths of Calhanoglu and De Paul could be intertwined based on Juve’s strategy