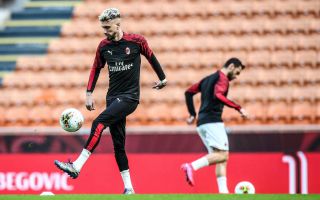 AC Milan are expecting a new offer from CSKA Moscow for winger Samu Castillejo but it must be a more convenient formula, a report claims.

Calciomercato.com writes that Castillejo’s future is uncertain at present because he became a third choice on the right wing for Stefano Pioli with the arrival of Junior Messias on deadline, and was even excluded from Milan’s Champions League squad.

In the last few hours there have been new contacts with CSKA Moscow over a potential deal and the Russian Premier League side are interested in the signing the Spaniard, but an agreement cannot yet be considered close.

CSKA want a dry loan for Castillejo thus postponing any discussion on a possible permanent purchase until next summer. Under these conditions sporting director Frederic Massara will not let Castillejo leave, but given that the transfer market in Russia closes tomorrow, the management expect a new bid from the Muscovites.

READ MORE: Milan missed out on late deal for Porto star over €3m despite attempts from intermediaries