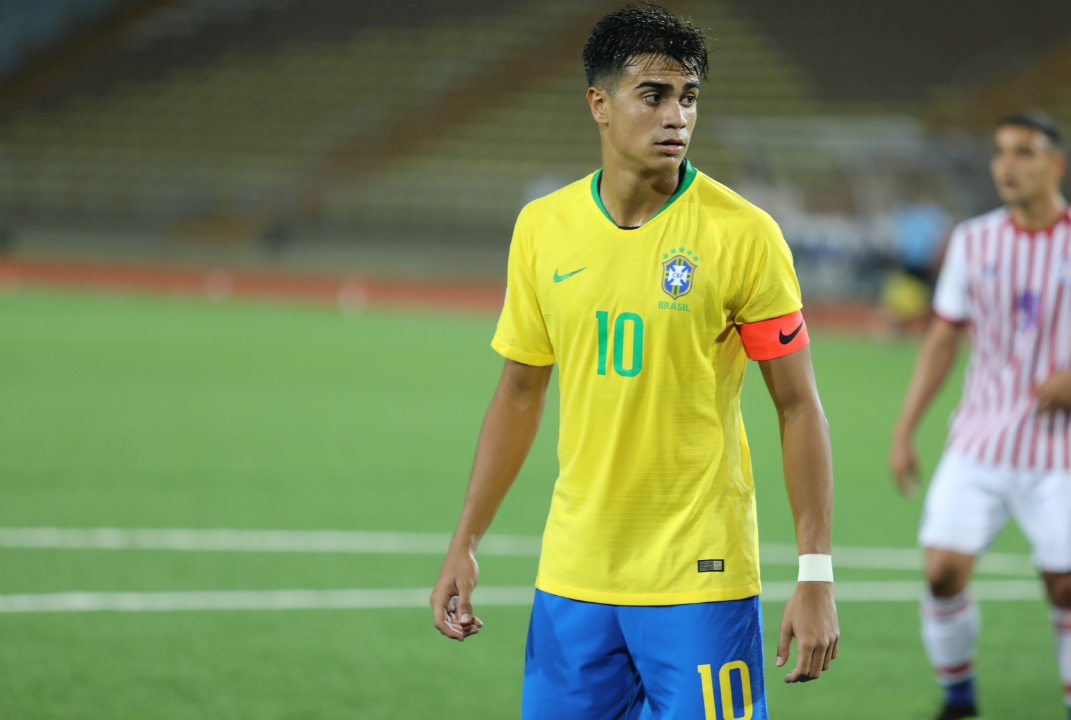 AC Milan and rivals Inter are battling Real Madrid for the signature of Flamengo star Reinier Jesus, according to a report.

The 17-year-old Brazilian has apparently caught the attention of a number of top European clubs since his breakthrough into senior football, where he has scored one goal in two league games this season.

He is on the international radar too, having captained Brazil U17s for the 2019 South American U17 Championship in Peru, scoring three goals in the four group stage matches he featured in.

His coach at Flamengo – Jorge Jesus – even recently compared Reinier with a Milan legend, stating: “In terms of style and profile, he reminds me of Kaka.”

According to Calciomercato.com, both Milan and Real Madrid have interest in the teenager, but they have now been joined by Inter in the race.

This is because the Nerazzurri are currently negotiating with Flamengo over the sale of Gabriel ‘Gabigol’ Barbosa, and they could include some kind of option on Reinier to lower the €18-20m asking price.

The report concludes by stating that Reinier is ‘ready to take the spotlight on the market’, hinting that a move to Europe is imminent for the attacking midfielder.