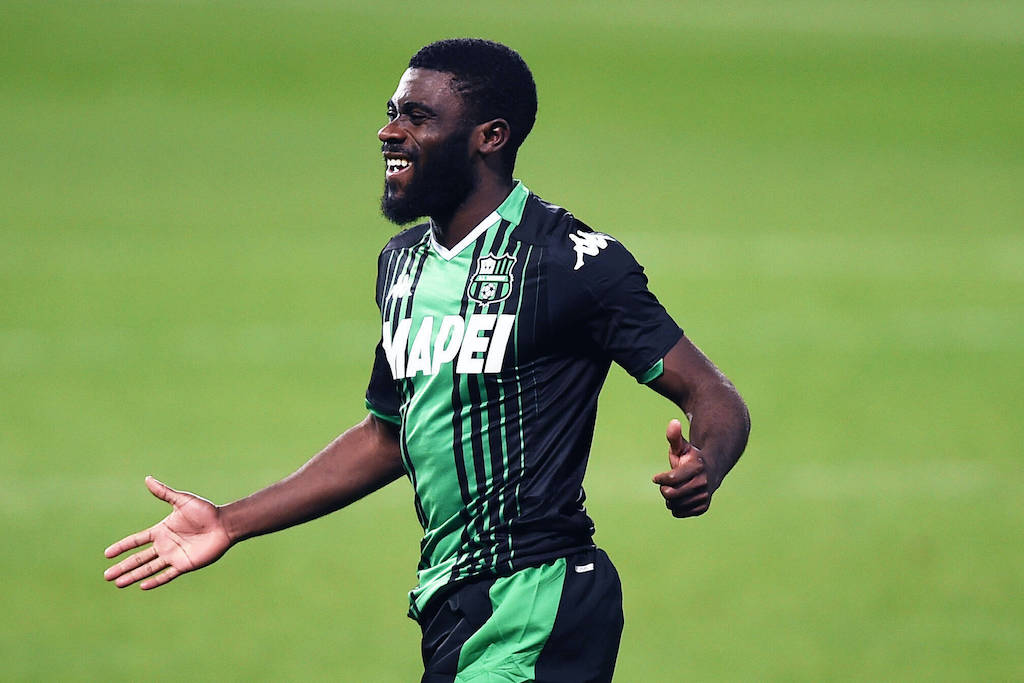 AC Milan are battling three of their Serie A rivals for the signing of Sassuolo star Jeremie Boga, according to the latest reports.

The Premier League side have an option to buy him back for just €16m, however there have been a number of reports claiming that the London club have no intention of exercising that option.

According to the latest from Calciomercato.com, Chelsea have indeed made the decision not to use their buy-back on Boga this summer, meaning Sassuolo can sell him completely on their terms.

The report adds that Roma have become the latest team to join the race for Boga, who has 11 Serie A goals in 52 appearances for Sassuolo. Juventus, Milan and Napoli are also credited with interest in the 23-year-old, while the cost is expected to be around €20million.