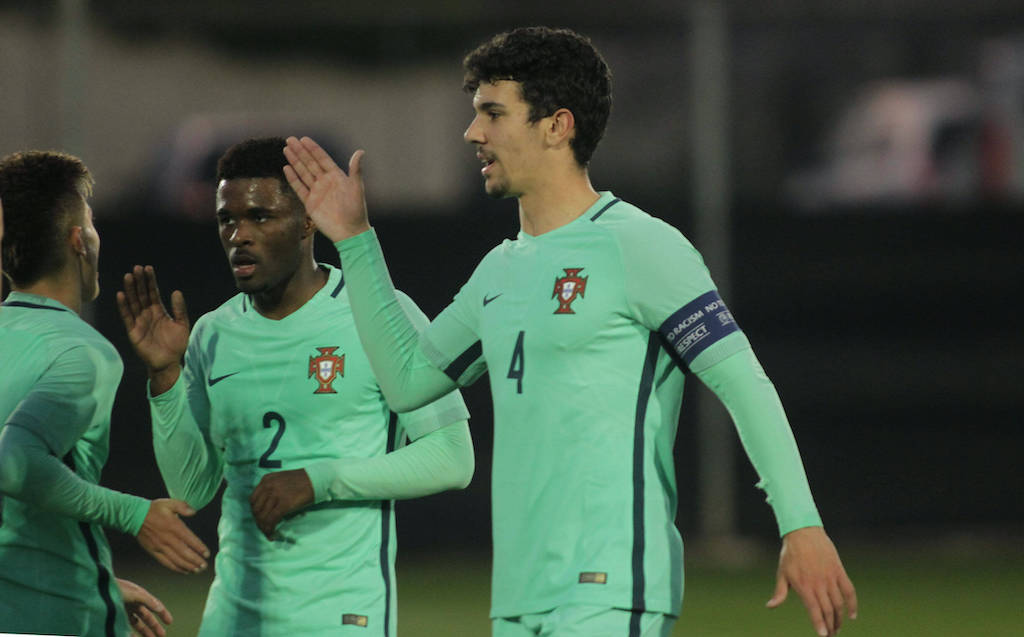 AC Milan’s talent scouts have cast their radar towards another young Benfica player, a report claims, but this time a centre-back.

After links with Sporting Lisbon’s Eduardo Quaresma for some weeks now, Calciomercato.com reports that attention has shifted to Benfica’s under-19 jewel Tomas Araujo.

The report describes his as right-sided, very strong in one on one battles and with an excellent basic technique that allows him to be able to be used even as a midfielder.

He recently turned 18 and is already captain of both Benfica and Portugal’s U19 sides. The Rossoneri scouts have followed him several times during the season and the reports that have arrived at Casa Milan are positive.

In recent weeks, Benfica have begun negotiations with the agency that looks after the player’s interests to try to renew the contract due to expire in 2021, but an agreement has not yet been found.

Araujo looks around and does not close the possibility of leaving Portugal. In Italy, Inter have also taken information on the situation of the centre-back, but Milan are the most interested club.