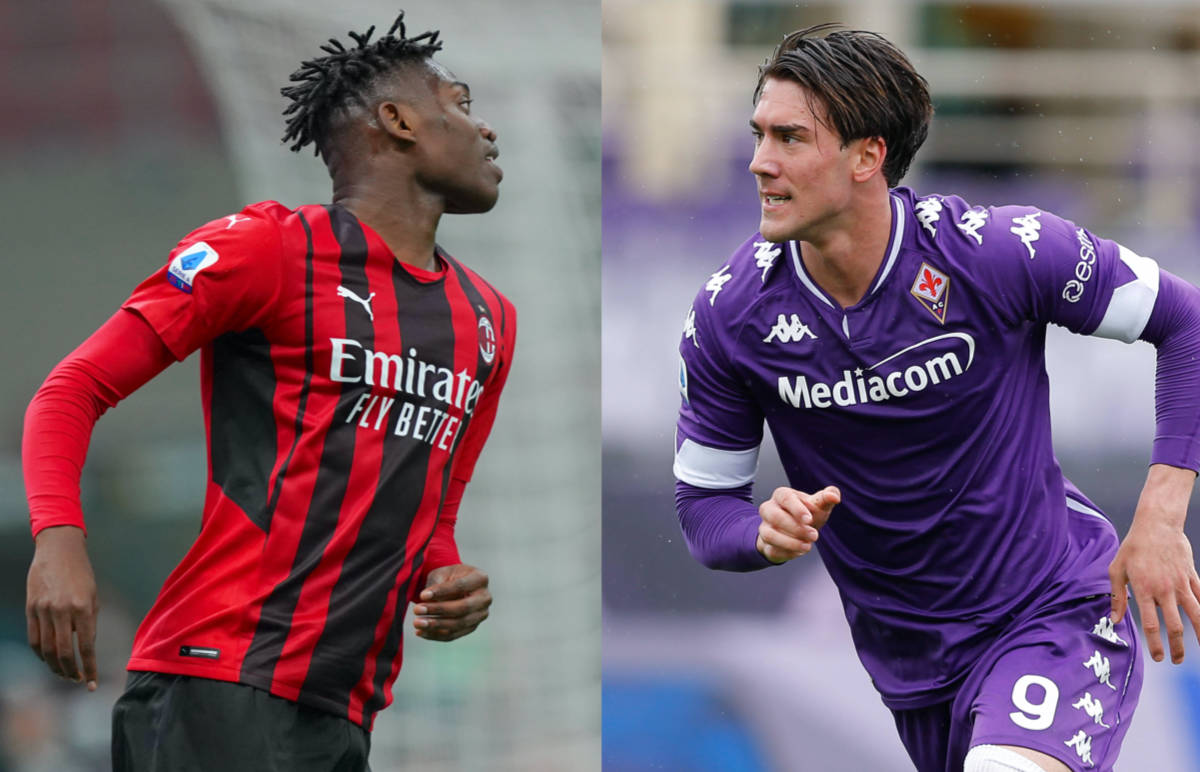 CM: Milan could sacrifice forward to Everton or Wolves for €35-40m in bid to land Vlahovic

Rafael Leao could be sacrificed by AC Milan in order to raise the funds necessary to sign Dusan Vlahovic from Fiorentina, according to a report.

According to Cacliomercato.com, directors Paolo Maldini and Ricky Massara have always strongly believed in the qualities of the former Lille star and supported him in difficult moments, rejecting offers from clubs like Everton. However, now the situation could change, regardless of what the club’s top four fate is.

At Casa Milan the strategies to be implemented in the next summer transfer market are being outlined. The primary objective is to sign a striker of great value and potential that can guarantee that loot of goals that have been missed so much during this season.

The name circled in red is that of Dusan Vlahovic, but Fiorentina are asking for around €50m at present. This is why Milan are evaluating the possibility of making cash with surprise sales and Leao could be part of this discussion. The Portuguese striker has not been put on the market but any offers will be listened to if they are around €35-40m, with Everton and Wolverhampton warned.

READ MORE: Milan’s forwards freeze again without Ibrahimovic – against Atalanta it could be a problem