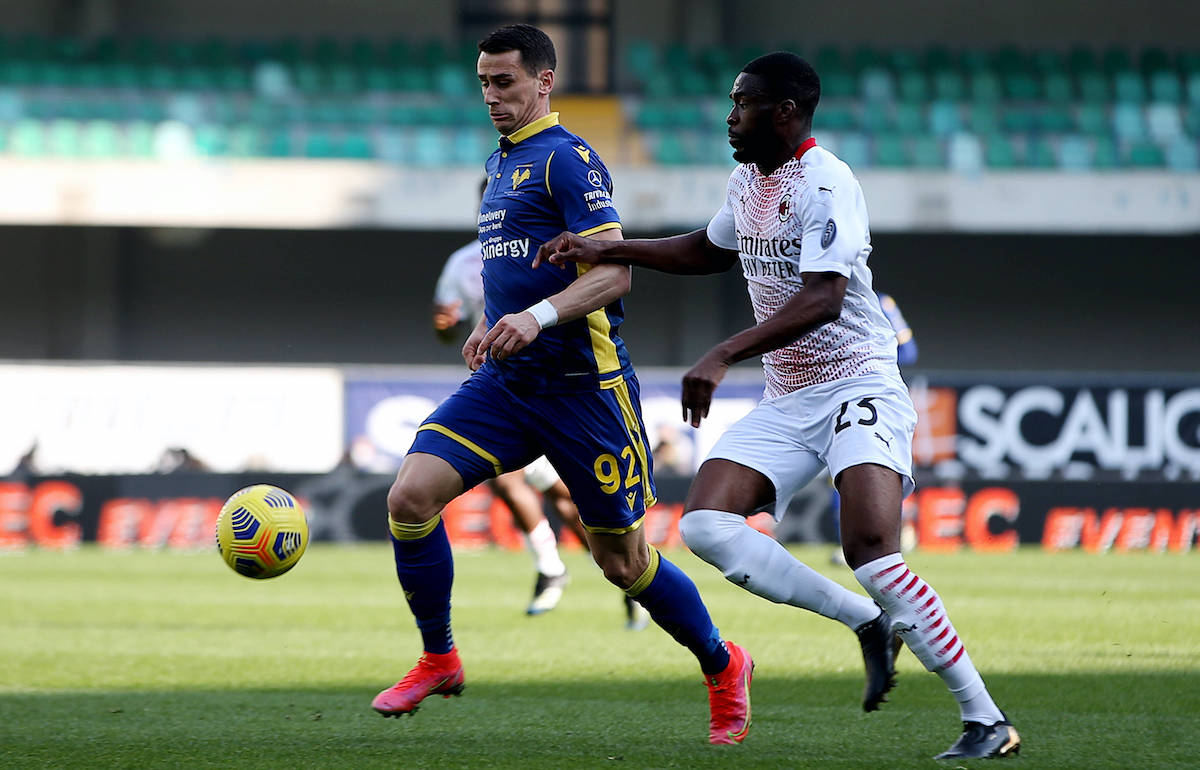 AC Milan have prioritised the signing of Fikayo Tomori from Chelsea on a permanent deal, according to a report.

Tomori got another start under his belt on Sunday afternoon at the Stadio Bentegodi as he and centre-back partner Alessio Romagnoli kept a clean sheet during a 2-0 win over Hellas Verona.

According to the latest from Calciomercato.com, Milan’s sporting director Ricky Massara has a meeting with Chelsea on his agenda with one key objective in mind: to obtain a discount on the €28m option to buy agreed with the Premier League club to make Tomori’s move a permanent one.

The stay of the Englishman is the real priority of head coach Stefano Pioli and the Rossoneri management and is the ‘Plan A’, but if things were to go wrong for whatever reason then the club could turn to Fiorentina’s Nikola Milenkovic who is a player that technical director Paolo Maldini really likes.