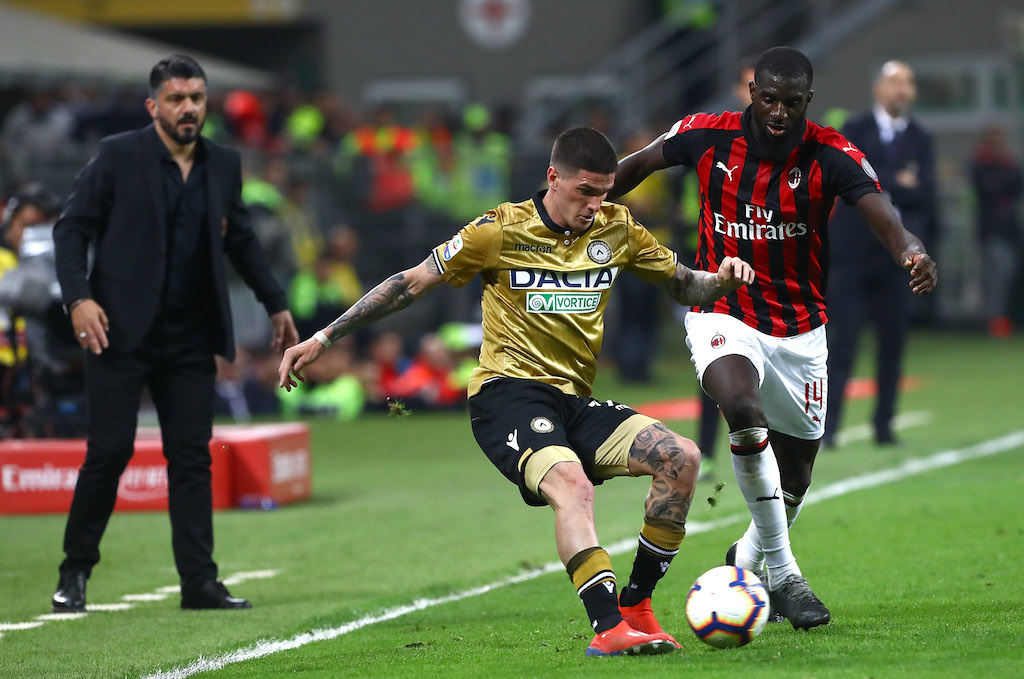 CM: Milan enter advanced talks with Chelsea over midfielder – the formula and the figures

AC Milan are closing in on sealing the return of Tiemoue Bakayoko as negotiations with Chelsea have entered an ‘advanced stage’, it is claimed.

The Rossoneri have been persistently linked with a move for the Frenchman since his loan expired a year ago, but that speculation has intensified over the last few weeks as the club are in dire need of reinforcements in the midfield engine room following Lucas Biglia’s exit.

Reports have filtered suggesting optimism regarding the conclusion of talks with Chelsea, and now yet another update has arrived suggesting a deal will get done in the next few days.

According to what is being reported by Calciomercato.com’s Daniele Longo on Twitter, Bakayoko is very close to returning to Milan.

Negotiations are at an advanced stage, and he adds that the formula will be a loan (around €3-5million) with an option to buy set at €30m ‘in total’.