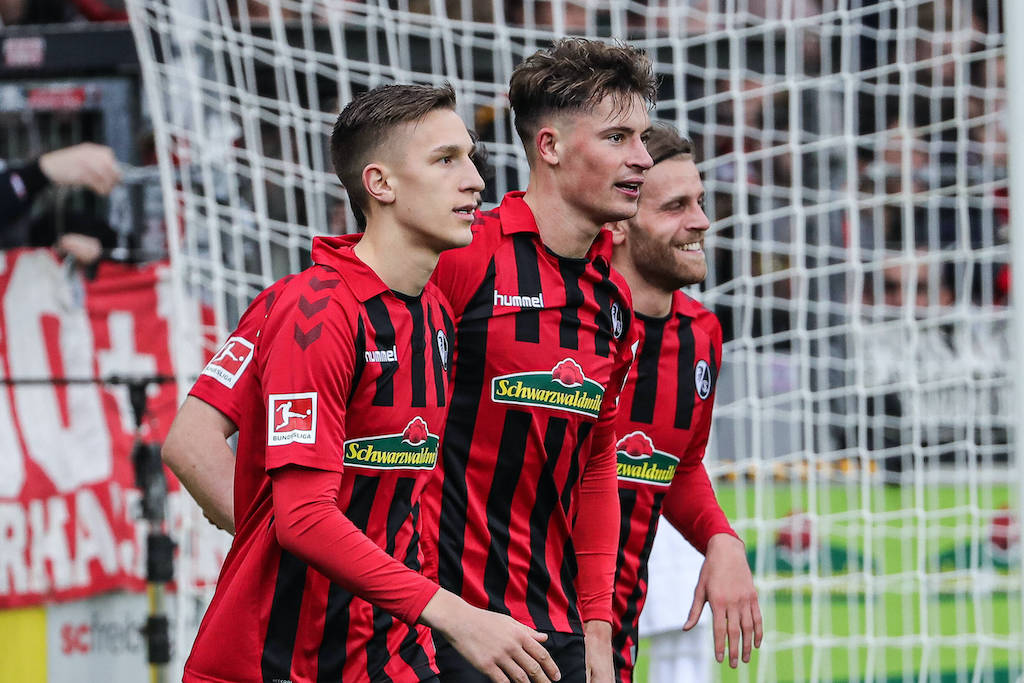 AC Milan could step up interest in SC Freiburg centre-back Robin Koch after an impressive display under the eyes of Ralf Rangnick, a report claims.

According to Calciomercato.com, Milan will begin the next transfer window with a very clear priority: to buy a new central defender.

With Mateo Musacchio possibly leaving and out-of-favour, Simon Kjaer to be evaluated and Leo Duarte returning after a long injury, the Rossoneri will invest to secure a long-term partner for Alessio Romagnoli, and Koch could be that man.

The German international was impressive in Freiburg’s 1-1 draw at RB Leipzig on Saturday, a game which Rangnick was spotted sitting in the stands at.

Rangnick is moving ever closer to guiding Milan’s next technical project, and he followed the game from the stands by taking notes, with Koch’s performance having not gone unnotived.

However, Napoli will provide competition as they see him as a possible replacement for Kalidou Koulibaly’s depature. The fact Koch’s deal expires in 2021 makes him a tempting idea too, but his current valuation is €15million.

Koch has already admitted for his part that he has received interest and dreams of a big club, the report concludes.