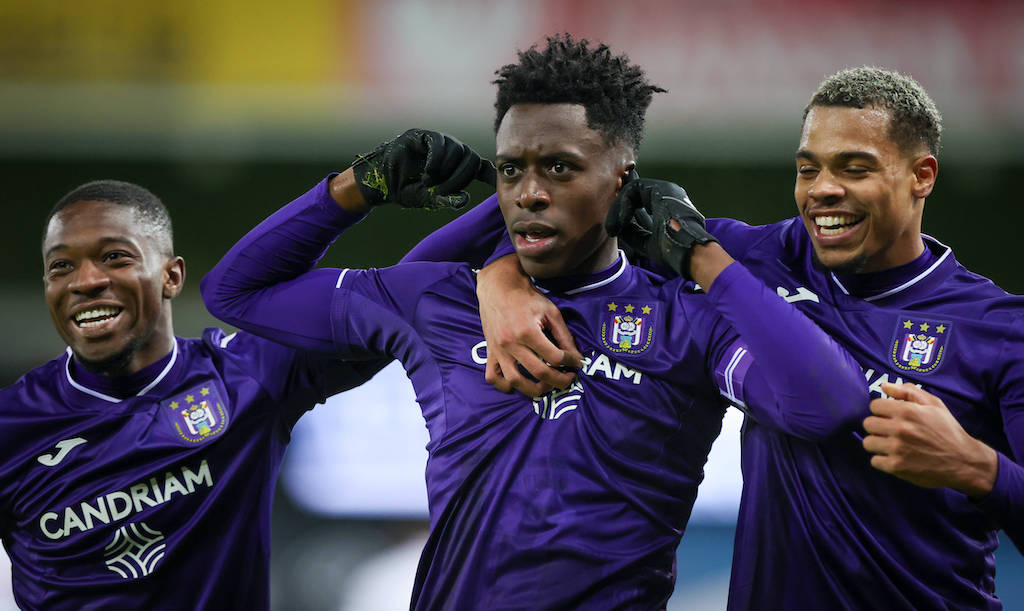 AC Milan are once again looking at the Belgian market and have Anderlecht midfielder Albert Sambi Lokonga in their sights, a report claims.

According to Calciomercato.com, the Rossoneri could look to Anderlecht once again for their next midfield reinforcement one year after the surprise signing of Alexis Saelemaekers. According to the Belgian press, Maldini and Massara are following Albert Sambi Lokonga, a 21-year-old central midfielder who is under contract until 2023.

The report describes him as a typical No.6 who plays in front of the defence; a midfielder capable of winning possession back and distribution, a bit like Sergi Busquets to whom he is compared. He has even netted two goals in 15 games this season, and has worn the armband in the last four games given the absence of the usual captain Van Crombrugge.

Lokonga is very close to Saelemaekers, who in an interview with La Derniere Heure admitted: “I’ve talked about him several times with Pioli, I think he’s ready to play for a great club.”

At the moment there are no official approaches, but Lokonga’s is a name that Milan keeps an eye on, but RB Leipzig, Bayern Munich and Sevilla are also interested.