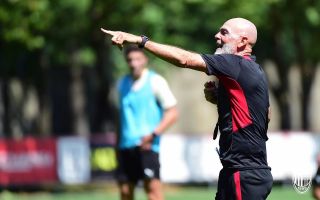 CM: Milan face a trio of games that will help determine their Scudetto potential

AC Milan are facing three fixtures that will give a big hint as to whether the team are capable of battling for the Scudetto, a report has claimed.

Milan are on a winning streak in Serie A that now stretches to six games, but the last three victories did not come easy. First was the comeback against Verona to win 3-2 having been 2-0 down at half-time, then was the 4-2 against Bologna when the team gave away a two-goal lead against ten men, and finally the difficult 1-0 victory against Torino on Tuesday night.

Calciomercato.com writes how Milan have officially had their best start to a league season 1954, but there are still some who consider the Rossoneri to be outsiders in the Scudetto race. The next three games will provide a big indication of what the team are made of.

First there is Roma away on Sunday evening when Jose Mourinho will be the opponent, a man Milan fans know well from his time at Inter, then there is a must-win Champions League game against Porto at home on Wednesday and above all the derby against Inter on 7 November, before the international break.

The games against Verona, Bologna and Torino are simply not as demanding but Pioli is hoping that the recovery of Theo Hernandez, Brahim Diaz, Kessie and above all the return to full fitness of Giroud and Ibrahimovic can help.

READ MORE: Milan have made two exceptions in decision to hand Kjaer a renewal