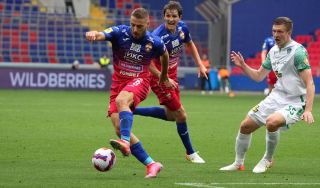 AC Milan have missed out on signing Nikola Vlasic from CSKA Moscow as the playmaker is London-bound, according to a report.

A report from Calciomercato.com confirms that Milan have long been on the trail of Vlasic as their search for a new attacking midfielder led their eyes to the Russian capital, but rather than the Lombard capital it is in fact a switch to the English capital that beckons for the Croatia international.

The Premier League will be his destination as West Ham have crushed the competition and has reached an agreement with CSKA Moscow for the 23-year-old, with final details to be resolve but the deal will be closed.

The report adds that the Hammers will pay €28m plus bonuses into the coffers of the Russian club, and this is the figure that has beaten the last resistances of CSKA, with Milan forced to turn their search elsewhere.

READ MORE: Pioli asks for depth to be retained meaning midfielder and defender will stay