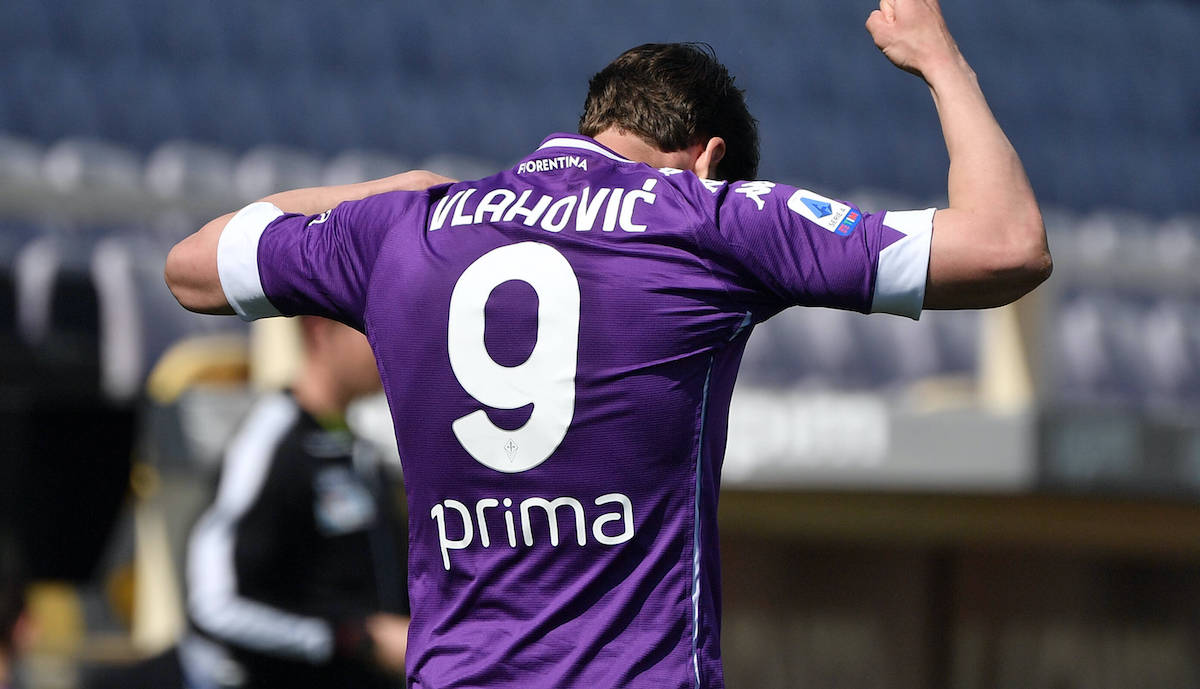 CM: Milan have Fiorentina star top of summer wish list but Juve enter race and Roma are in talks

It seems to be a battle between AC Milan, Roma and Juventus to land Fiorentina striker Dusan Vlahovic this summer, according to a report.

Vlahovic is having the kind of season where the numbers speak for themselves, with the Serbian centre-forward having scored 17 goals in 32 Serie A games. He added to his tally on Sunday against Juventus, almost mocking Szczęsny by scoring past him from the penalty spot with a panenka.

According to the latest from Calciomercato.com, Fiorentina owner and president Commisso has long identified Vlahovic as his protégé. The two established an excellent relationship right from the start, often joking together at La Viola’s training ground.

However, that is not enough to reach an agreement over a renewal and the first offer was sent back Fiorentina by the 21-year-old’s entourage, with Vlahovic very tempted to make the leap to a big club, aware of the many expressions of interest that have arrived in recent weeks.

Roma have been talking to his agents for some time, Milan have put him at the top of the wish list of possible reinforcements for next season and Juventus are ‘monitoring the situation with particular attention’ and could soon arrange a meeting with Fiorentina.