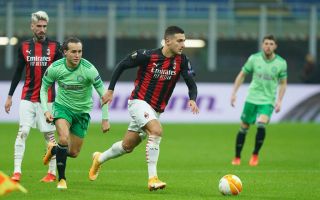 AC Milan will reportedly hold talks with Manchester United over the future of Diogo Dalot, but will not do so for another few months yet.

The Rossoneri secured the signing of Diogo Dalot from Manchester United during the summer transfer window, but they did not obtain an option to buy.

Sporting director Ricky Massara declared before Sunday’s game that he wants to speak with United about potentially making the deal a permanent one, and Calciomercato.com have provided an update on the situation.

They claim that the Portuguese full-back has impressed the Milan management since arriving just before the end of the season, and a meeting is already booked in to discuss his future.

The appointment is set for March with the Red Devils to try to understand whether it will be possible to open a negotiation and keep Dalot ‘at Milan for another season’, which implies that extending his loan until June 2022 is the more likely solution.