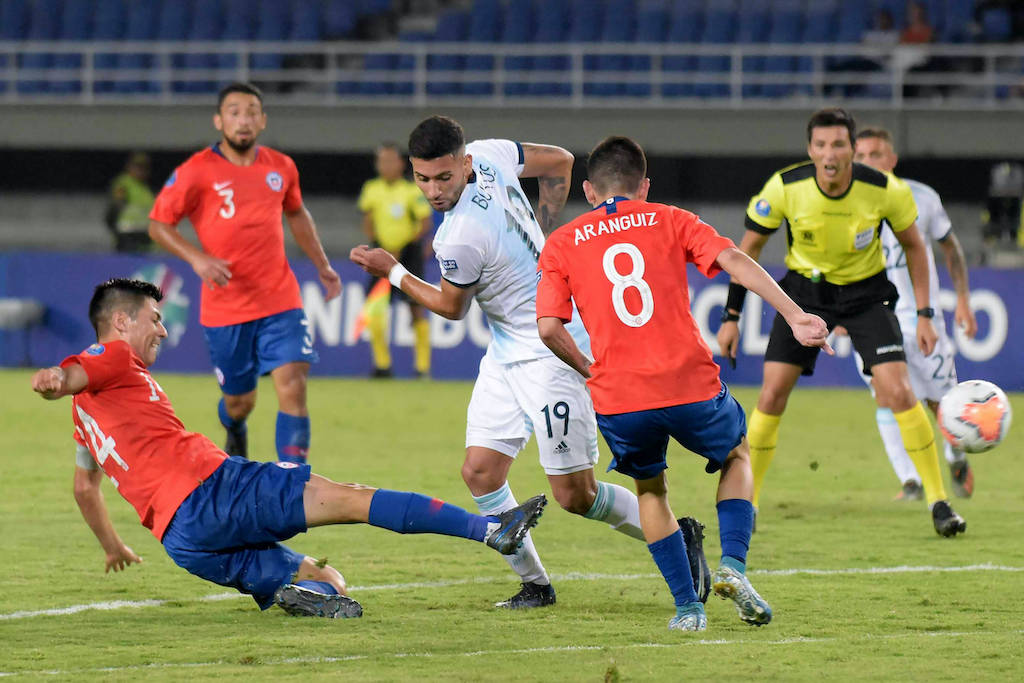 CM: Milan in talks over Argentine striker – Rossoneri in no rush, Rangnick will be decisive

AC Milan are interested in signing Nahuel Bustos from Talleres but are in no rush at the moment regarding talks, a report claims.

According to Calciomercato.com, intermediary Alessandro Luci met with the Milan management at Casa Milan last Thursday to talk about Bustos, a profile followed for a long time by the Diavolo’s scouting department who have provided rave reviews on the striker.

Bustos can leave Talleres if a club are willing to pay his €15million release clause, but the outlet adds that the feeling is the Argentine club could be satisfied with a lower figure.

Milan have asked for time to consider, as they like the player but he is not a priority at present. Incoming manager Ralf Rangnick will also be the one who makes the decision, while Calciomercato.com add that Roma are interested but their negotiations are on hold given the turmoil at corporate level.

The 22-year-old has also been linked with Sevilla and Porto by reports in the Argentine press.