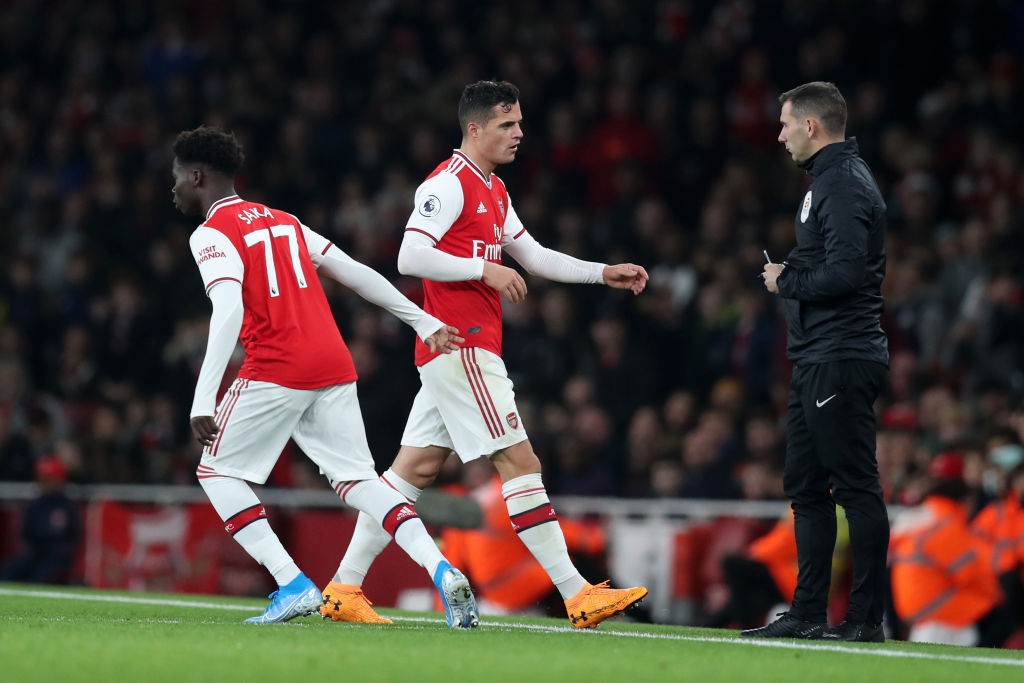 We reported last month that Elliott Management are ready to provide funds for the upcoming mercato in order to add experienced players to a young squad that is struggling for results.

According to Calciomercato.com, one of the players that the Rossoneri could possibly be keeping an eye on is Arsenal’s Granit Xhaka.

The outlet describes the midfielder as already having ‘suitcase in hand’ due to recent events when he stormed off the pitch and fired expletives at Arsenal fans who were booing him. He was then officially stripped of the captaincy on Tuesday.

The report goes on to add that Xhaka is important to the Gunners but not fundamental, referencing the fact that with the former Gladbach player starting they have won 26 of 50 games, and without him they have won 17 of 23.

Arsenal know they will not be able to collect the €40million they paid for the 27-year-old back in 2016, and Milan are ‘observing carefully’ and could make their move in January.