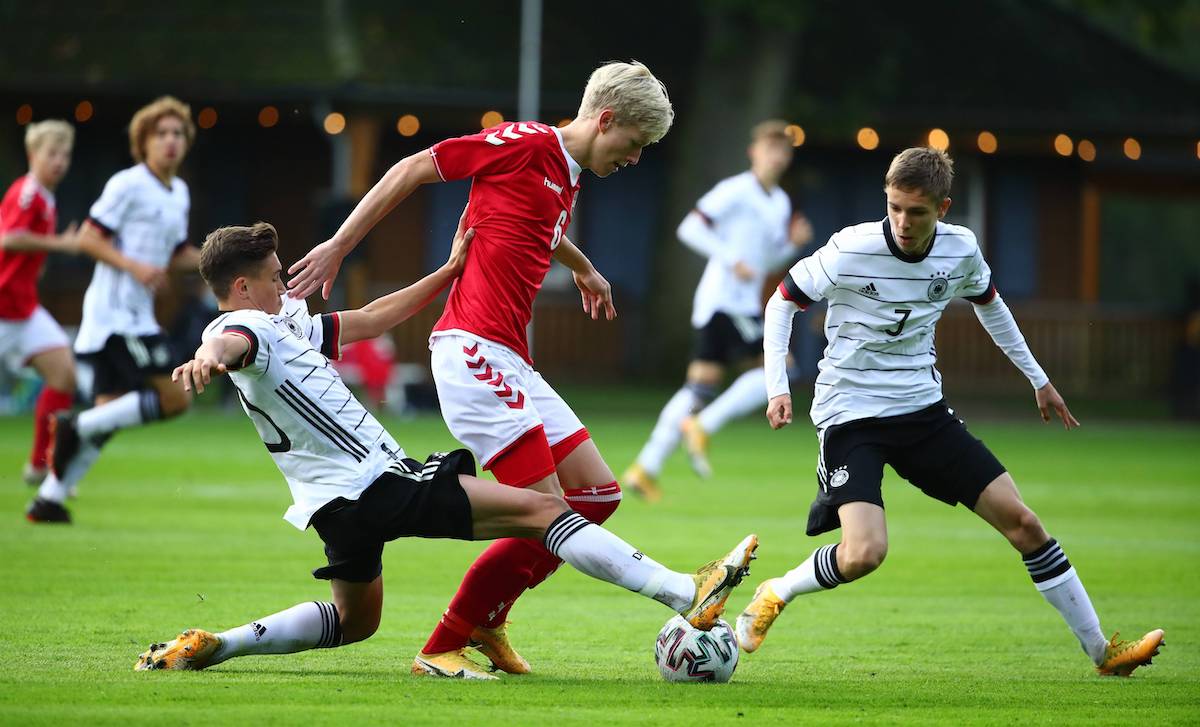 AC Milan and Juventus are set to compete for teenage Brondby attacking midfielder Mads Beyer, according to a report.

According to Calciomercato.com, Juventus and Milan have set their sights on Beyer, a 15-year-old attacking midfielder who arrived at Brondby last summer from Lyngby, one of the most interesting youth clubs on the Danish scene. In recent days his agent met with Milan, Juve and Inter and it is the former two clubs who are most keen on landing him.

There appears to be strong competition from England though as Chelsea and Arsenal above all are keen on landing him, but the report mentions that Beyer’s passion for pizza means a move to Italy is an option that he strongly takes into consideration.

Beyer can also play midfielder or winger, possessing speed and acceleration due to his height (1.87m). Becoming a professional is his main ambition, which is why he has an almost maniacal care of his body and his nutrition. He is compared to Manchester City’s Kevin De Bruyne and his talent is not lacking – the interest of Juve and Milan confirms this.