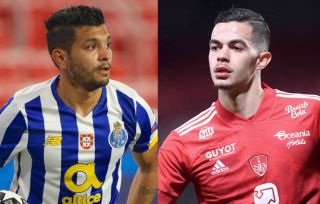 CM: Milan keeping negotiations for €15m-rated duo alive as both are left out by clubs

AC Milan are keeping negotiations open for two players as they look to give Stefano Pioli a new forward to work with, according to a report.

The latest from Calciomercato.com confirms that Milan are looking for a winger in the last few days of the window and at the moment it seems the hottest name is that of Romain Faivre from Brest. The Frenchman was called up for the squad to face Strasbourg today, but the 23-year-old did not leave with the team for the game which has certainly fuelled the rumours.

Paolo Maldini and Ricky Massara have already got the green light from the player and are trying to find an agreement with the Ligue 1 club, who are asking for €15m to sell the former Monaco man while the Rossoneri have offered €10m.

It is exactly the same figure that Porto want for Jesus Corona, and he was not called up by coach Sergio Conceicao for yesterday’s 3-0 win at home against Arouca. It is now a head to head between the two of them to become Milan’s latest signing.